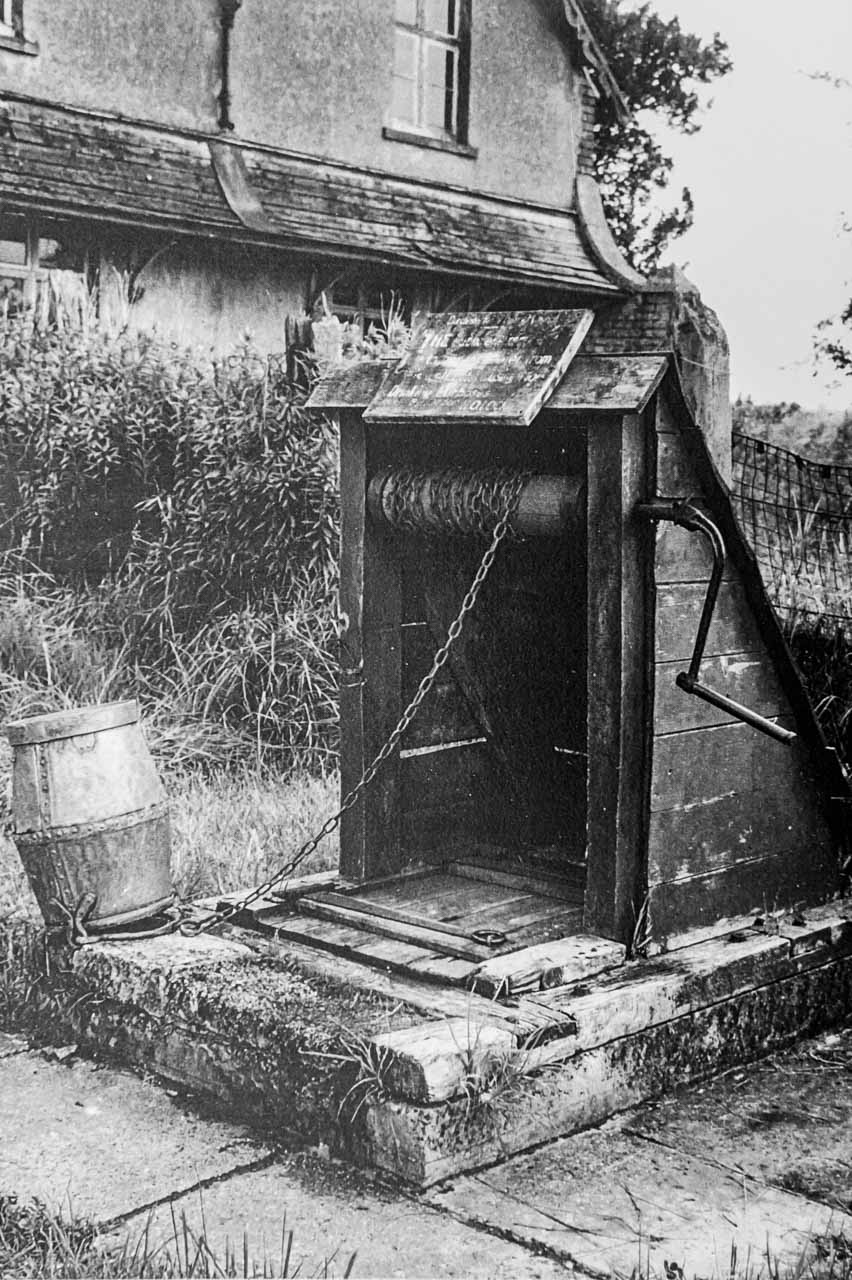 The latest person to be featured in our Who’s Who is Herbie Allen. Herbie represents an upbringing that would have been typical of many local families in the post war period, when sufficient money and adequate transport was a constant challenge.

So this feature is going to differ slightly to the previous Who’s Who articles. There are fewer photos or details of Herbie’s past family, or the career professions he pursued, or photos of the day-to-day life that he grew up in. This feature is more about what feels like an entirely different era, but one that was only 70 years ago.

Victor Herbert Huxley Allen (Herbie) was born in 1943, in Railway Cottages (pre being numbered), Sandhills. The cottage was home to his parents, Victor Henry Huxley Allen (Henry) and his wife, Mable Maud May Allen (nee Pettit), plus Herbie and his older sister, June Martha Huxley Allen, who was born in 1930. Henry was born in 1887, a child to Lavina Louisa Allen (nee Huxley) and Henry Allen, who was a Coachman by trade. When he was 14 Henry was listed in the 1901 census as being a ‘Garden Boy’. He was a London Irishman, living in South London, who drifted into the Cattistock area while looking for work and he subsequently joined the GPO as a Labourer. Henry was later employed at some of the local stables, but the arrangement was typical of the time, so he was paid by the hour, which meant there was no pay if the weather was bad. He died in 1960, aged 72.

Mable was born in 1904 and before marrying Henry in 1943 she worked in service at Melplash. She supported Herbie and June all her life and to the day she died in 1984 she was recognised as a very caring and hardworking woman.

In 1947, aged 17, June left home to marry a German ex-Prisoner of War, Hans Gaertig, a submariner. Such marriages were not an uncommon event, but feelings towards Germans could still be unforgiving in post war Britain and at times the marriage was a challenge to June and Hans. In 1947 agriculture was still one of the largest employers in the area and Hans earned a living by working on local farms. June was mother to five children: Doreen, Margaret, Avaline, Edwin and Kevin. In the 1950’s Hans left June to live with a Dairyman’s wife. In 1999 June moved into No 1 Meadow View with Herbie, until in 2016 she entered a local Residential Home, where she died just before Christmas 2019, aged 89.

Today the two Railway Cottages have been converted into one cottage, named Well Cottage and it is very different to the home that Herbie grew up in. Back in 1943 there was no mains electricity and no flush toilet, let alone today’s home heating that we all take for granted. In August 1959 the cottage was condemned, leading the family of eight (Herbie, his mum and dad, plus June and Hans and their four children) to move to 19 Meadow View. The cottage was later reprieved and modernised, taking it nearer to what Well Cottage is today. Speaking to the current owner, Vivian Evans, she adds some extra details about Well Cottage: it was named Well after the single well that was situated in the garden and which provided fresh water to the Sandhills’ community. Vivian also refers to a conversation she once had with Herbie, during which he described how, at night, the vegetable garden was given a boost of ‘night soil’, a produce of the cesspit. 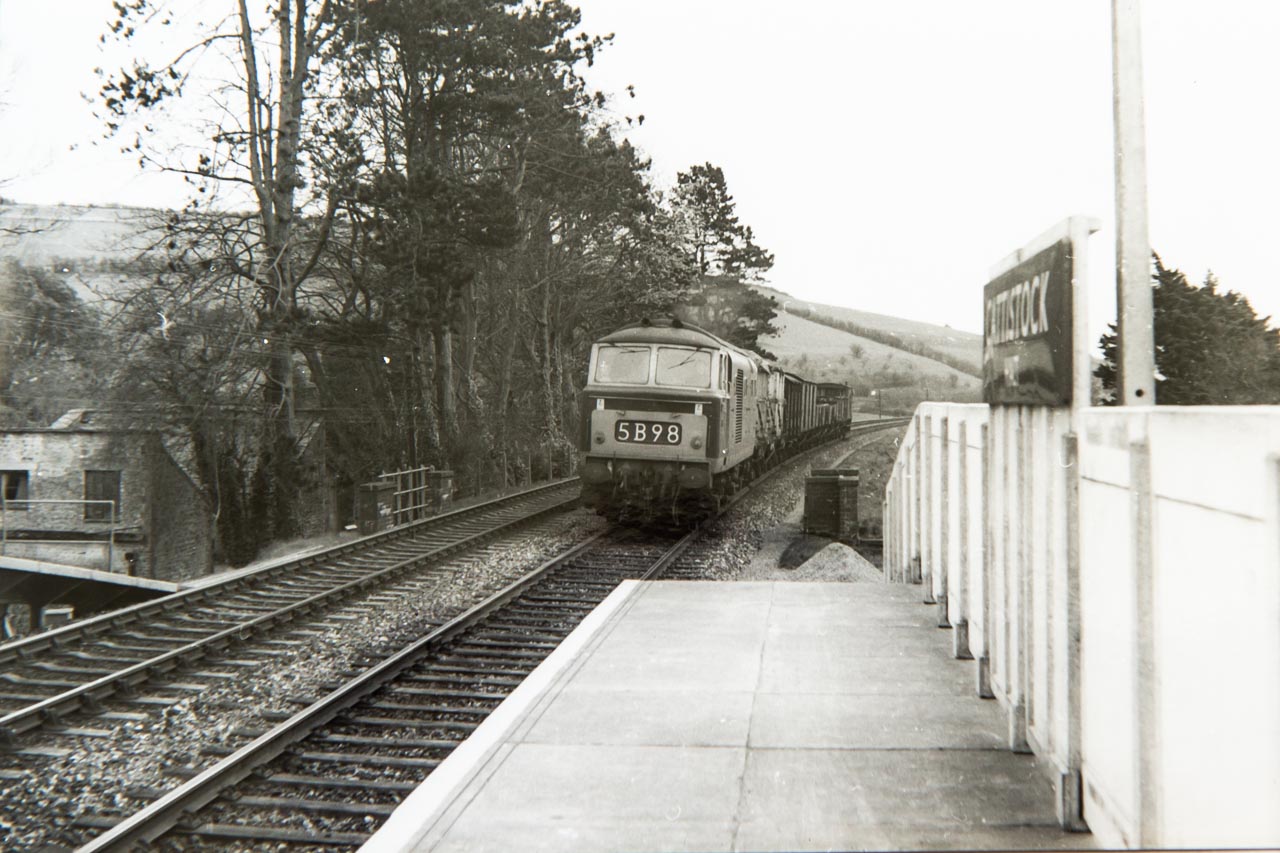 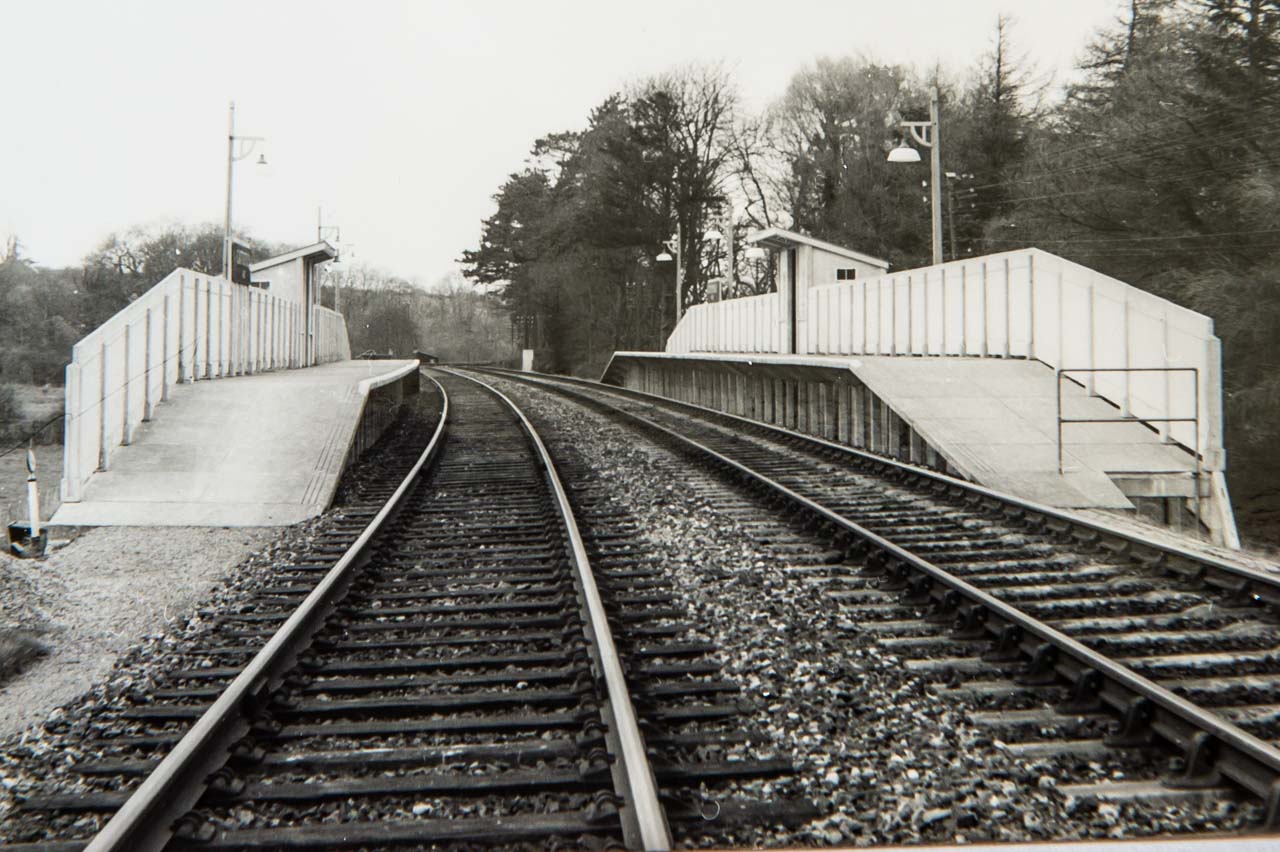 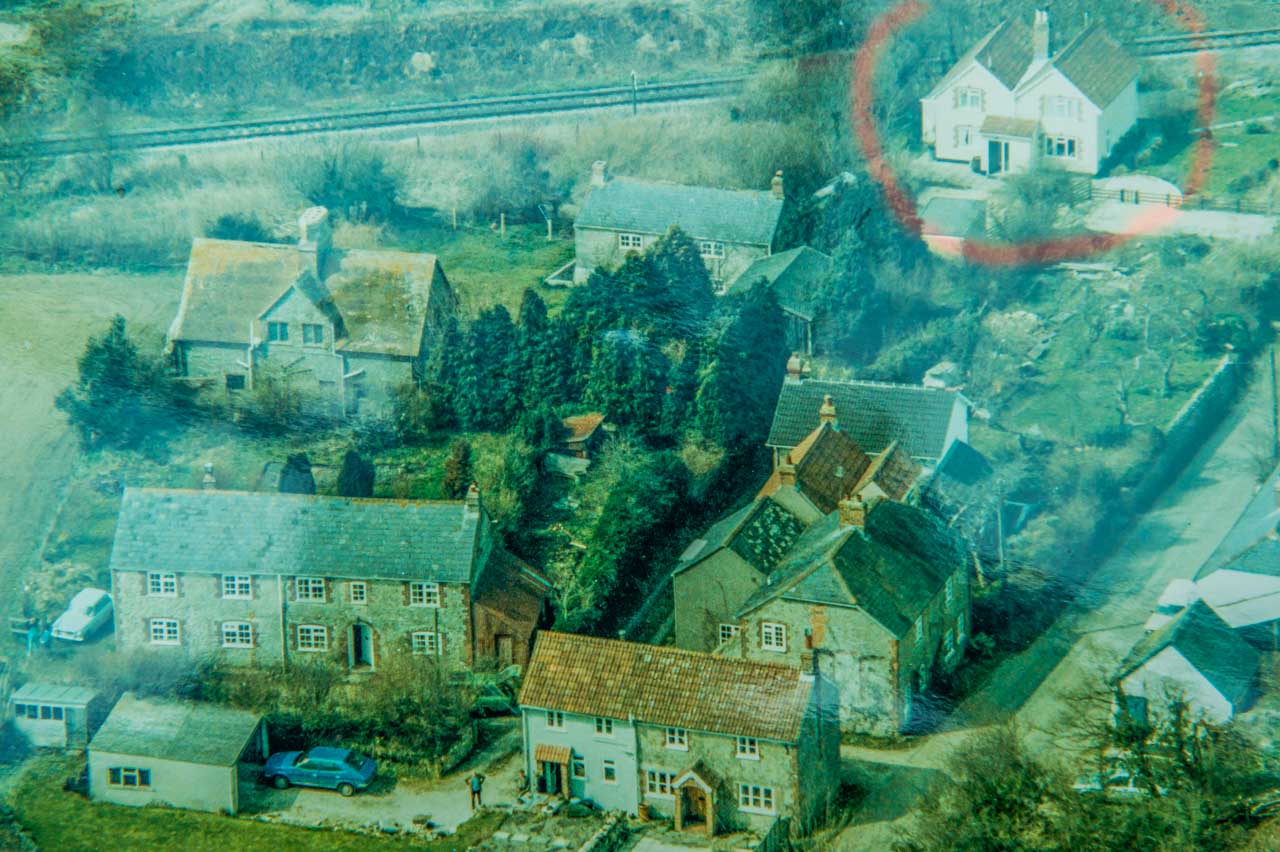 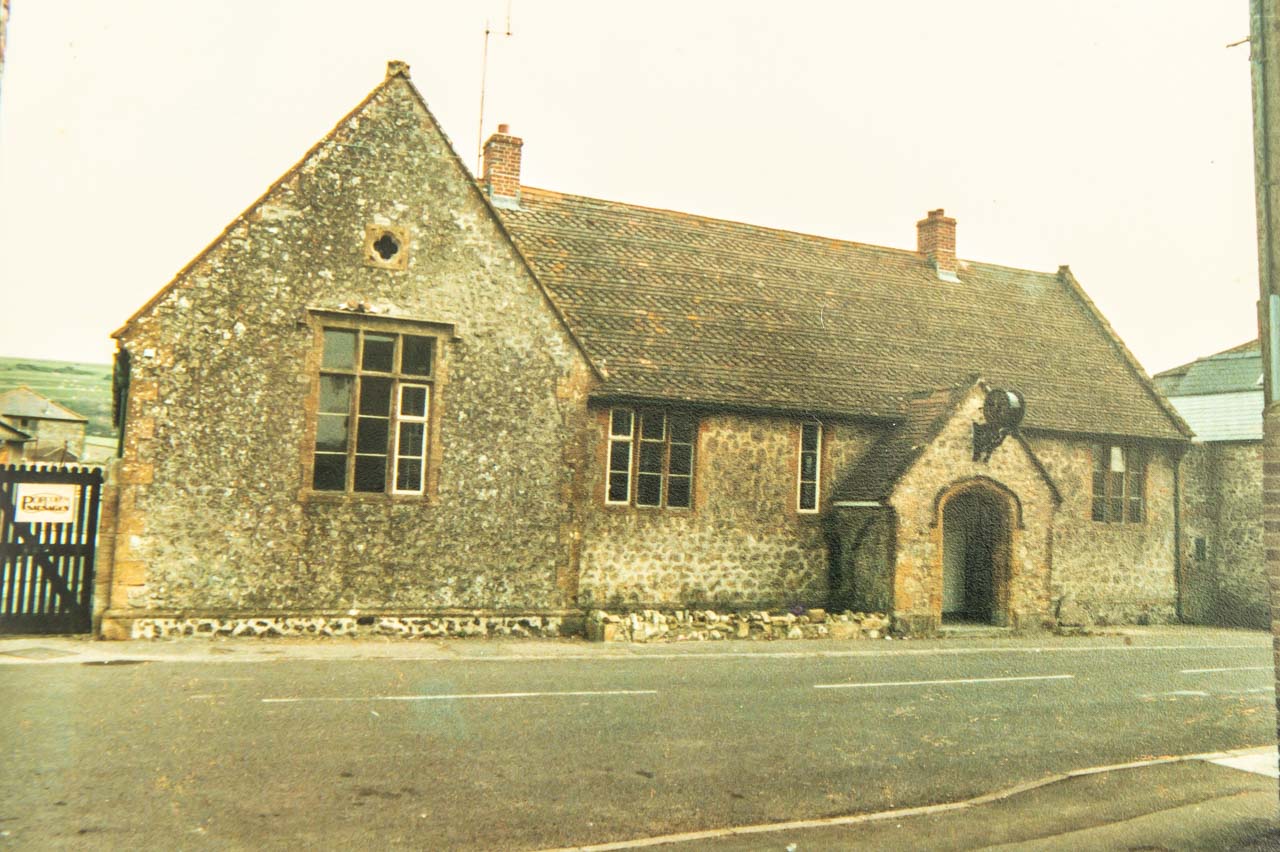 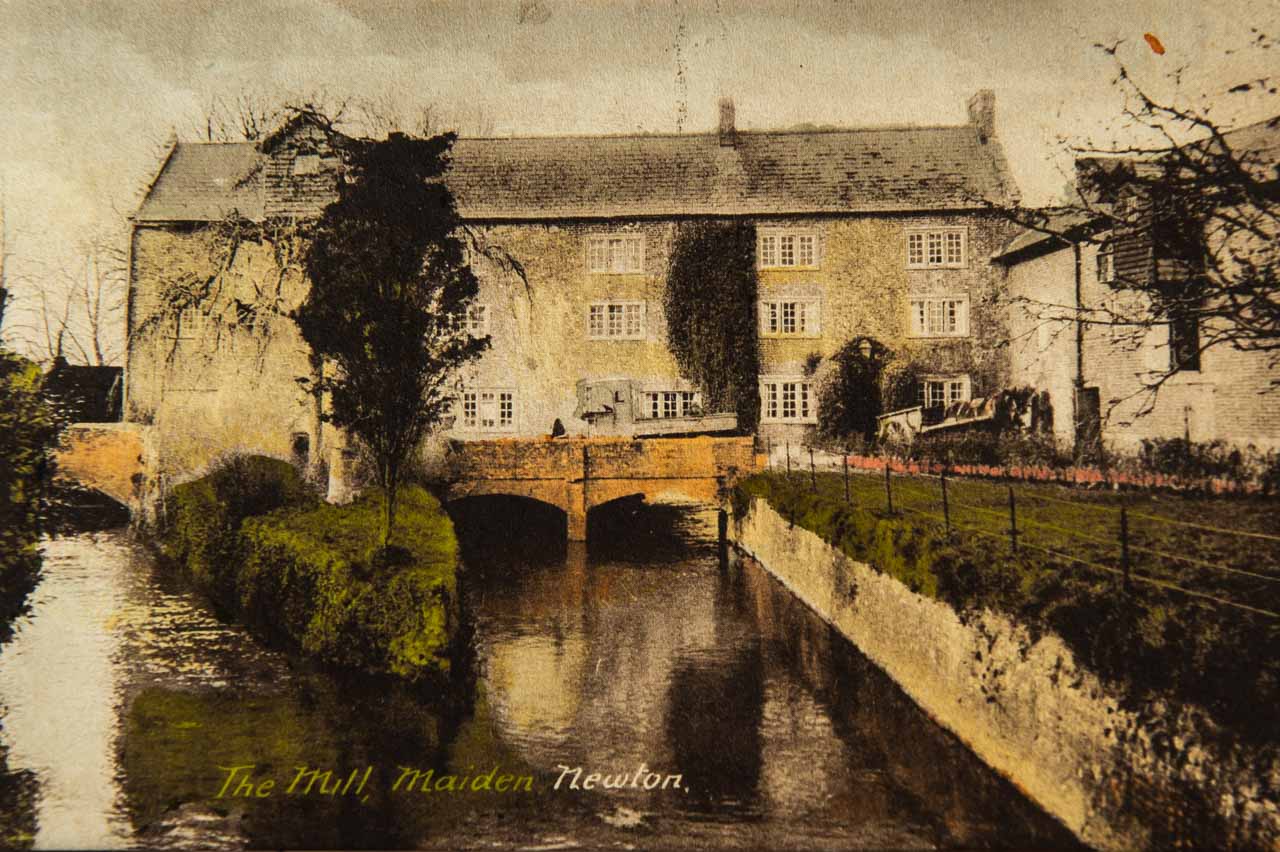 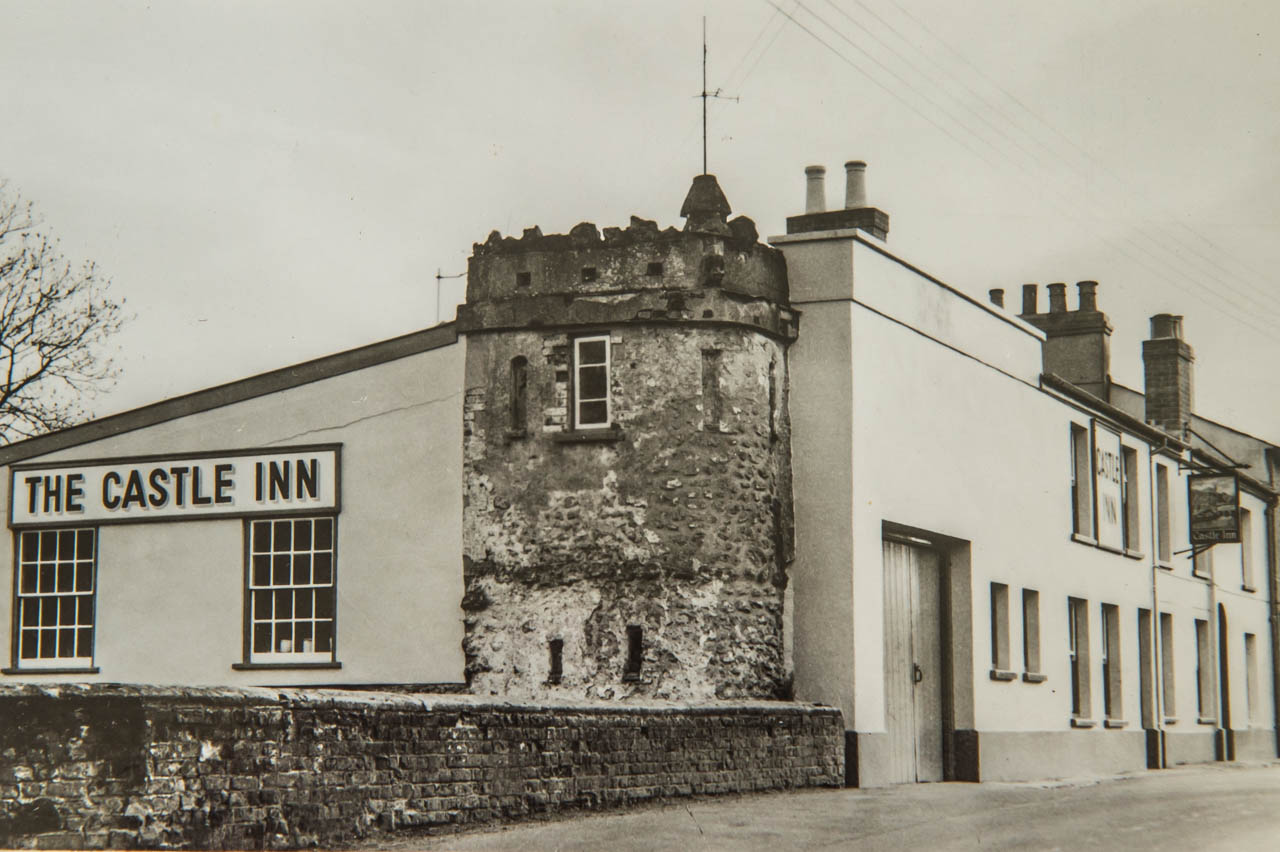 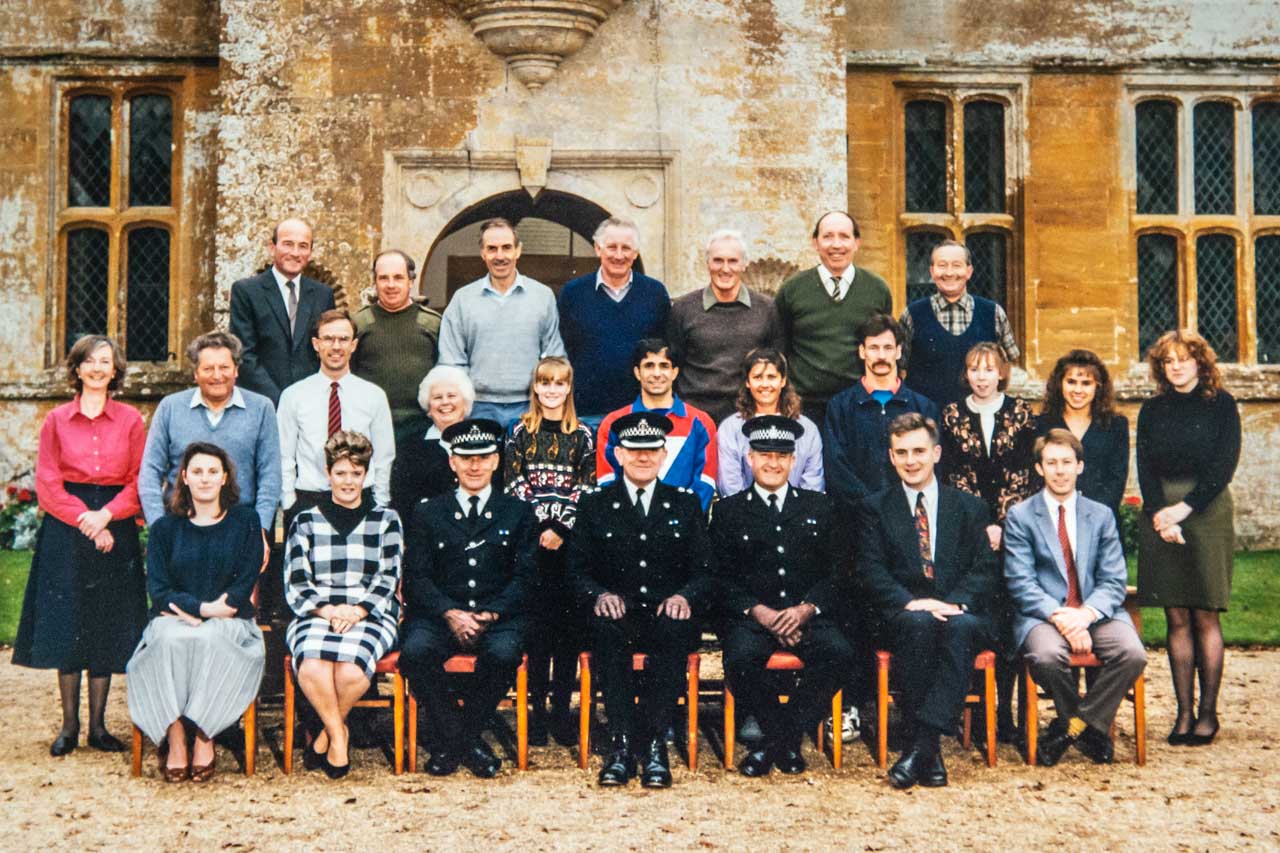 Listening to Herbie talk through his own life is fascinating, because it is not just about him as a boy growing up in this area, it is an image of so many other people’s lives as they grew up in a post war Dorset.

With all the other local children, Herbie attended the Cattistock School for infants, where one of the teachers was Miss Trevett and another was the very strict Violet Seabrooks. At eleven years old Herbie joined the old Maiden Newton Junior School, where lunches were served in a Nissan hut near what is now Pound Piece surgery, while Woodwork and Cookery was taught at the Chilfrome Lane site.

As a boy entertainment included seeing films in the Cattistock village hall, presented by a small local company owned by Freddy and Lionel Simmons. There were always fields to play in and rivers to fish in, but Herbie clearly remembers that children were strongly encouraged to stay and play locally, because of the great fear of the day, that of children catching the highly contagious and life threatening Polio Meningitis. Meanwhile mealtimes consisted of plenty of vegetables grown in their own garden, meat delivered to the door from local butchers, plus plenty of dripping, Tate and Lyle syrup and home made jam to spread on a good supply of bread from the Cattistock bakery.

All the time money was short and transport was therefore used sparingly. For most people like Herbie owning their own car was out of the question, instead of which everyone walked or cycled more than most people do today, plus good use was made of the Leggs bus that ran from Evershot through Sandhills, along with the coaches run by Pearce & Co, owned by Nigel Collins’ family, from their depot in West End, Cattistock. Local trains also ran regularly and stopped at Cattistock Halt, on the GWR line between Weymouth and Bristol.

Leaving school at 15, Herbie joined Dudley Greenaway DFC, an ex New Zealand RAF Pilot, who stayed in Britain after the war and set up his own Carpet factory at the old mill in Maiden Newton. The company’s name became Newton Carpets and Herbie’s job included the manufacturing and fitting of the carpets, as well as some of the factory maintenance. For a while this was a thriving business, which was even featured on the BBC Southern’s South Tonight programme, presented by Westward TV’s Clive Gunnell. But as transport throughout the country improved, so larger, more efficient regional and national companies developed, putting the smaller, local companies such as Newton Carpets under impossible competition. When he first joined the carpet factory in the late fifties there were 13 workers at the factory, but by the end of the 60’s the pressure from the competition was taking its toll and the workforce was subsequently reduced to 6, before Dudley Greenaway finally closed the business in Christmas 1976.

Herbie then spent a few months doing yard work for Winfrith Engineering, a firm that was located in what at one time was the United Dairies Wholesale building in Maiden Newton, which was near the current Doctor’s surgery.

But in September 1977 Herbie was given the opportunity to join Wilf Rogers ‘and his merry men’ at the Chantmarle Police college, where the small team, including Dave Swatridge who still lives in Cattistock, kept the large gardens in very good shape. This was a satisfying job, working with a close team of friends, but unfortunately national cost cutting caught up with the Police College and in April 1994 the college closed and the gardening team lost their jobs.

Herbie was then aged 51 and for the next twelve months he worked as a part-time security guard with Securiguard. This job took him back to the ex Police College where his duties included walking the premises at night. It was here on a night when the house was entirely empty that while patrolling the middle floor Herbie had the unsettling experience of hearing the voice of the Grey Lady. Others had also heard the same lady’s voice in that same area of the building, but thankfully for Herbie his was a one off experience.

It was also during this time that an intermediary in Cattistock introduced Herbie to a Filipino lady, named Vilma Dacume and the following year Herbie and Vilma were married in Weymouth. They never lived together and Herbie now reflects on the motives behind the introduction and marriage ceremony.

From 1995 Herbie found an income from jobbing in the Cattistock area, working for Johny Barkly, a local businessman,and David Orr amongst others in the Cattistock area. But as the job opportunities diminished Herbie devoted more of his time to caring for his sister, until her care took all his attention.

Throughout his adult life Herbie has always found opportunities to enjoy various pastimes. As a teenager and a young man he and his good friend Harry Thorne would cycle to the All Saints’ Hall in Dorchester every week for Ball Room dance classes, run by Frank Main and Gladys Christopher. This led to Herbie enjoying dancing to local live dance bands in the Cattistock village hall. In addition to the dancing Herbie regularly followed the Cattistock Hunt and helped with haymaking on the local farms. And if all else was quiet there was always the tanner in the slot television to watch.

At the age of 77 Herbie does now have some health issues and suffers with diabetes, which, as with so many other people, made the Coronavirus pandemic a very worrying time. But he is beginning to get out more and today you will often see the familiar sight of Herbie out and about in village, visiting the Cattistock Stores for his daily shopping, or in his electric buggy on the road between Cattistock and the Maiden Newton surgery to collect his medicine or have his legs dressed. Occasionally on a Thursday morning you may also see Herbie getting on the local bus for a trip to Yeovil and the treat of a pint in the Pall at the bottom of Silver Street.

But at the moment Herbie’s great wish is, once the Coronavirus is under control, for the Maiden Newton Ivy Club to be able to start their trips again. The Ivy Club trips could be for a one day outing or sometimes long weekends and they are a great boost to local people who are living alone, while in Herbie’s case it also gives him new subjects to photograph. He has a good photographic eye and a keen interest in photographing places, people and events and he currently owns an excellent camera, the Panasonic Lumix. In addition to these trips Herbie also has a great interest in Heritage Railway sites as well as growing Dahlias in his front garden, something he has done since moving into No 1 Meadow View back in 1999.

You will see a small range of Herbie’s photographs on this page. Herbie is a very independent person, who cooks and takes care of himself, but he also enjoys life and is always willing to put his camera down to chat and reflect on his past or enthuse about what he has been doing in his various interests. 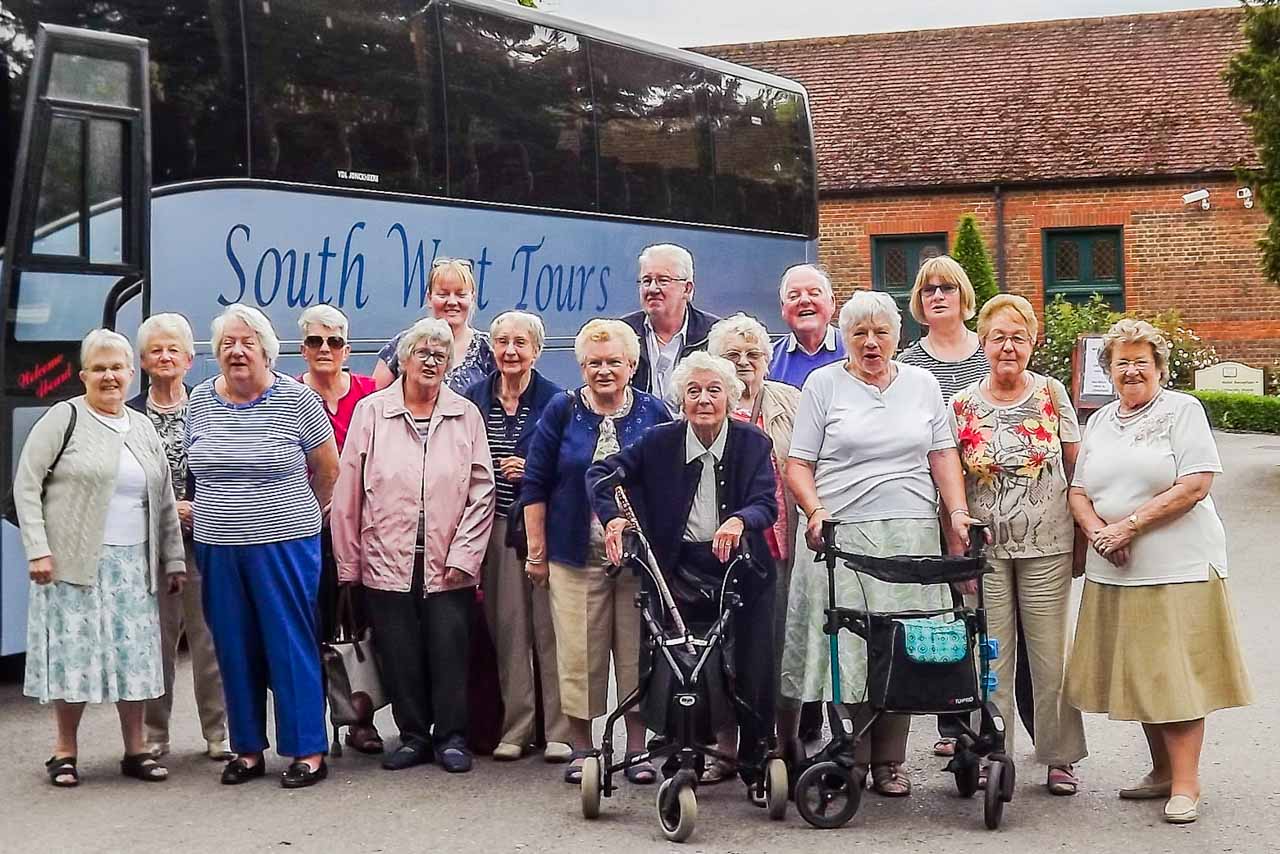 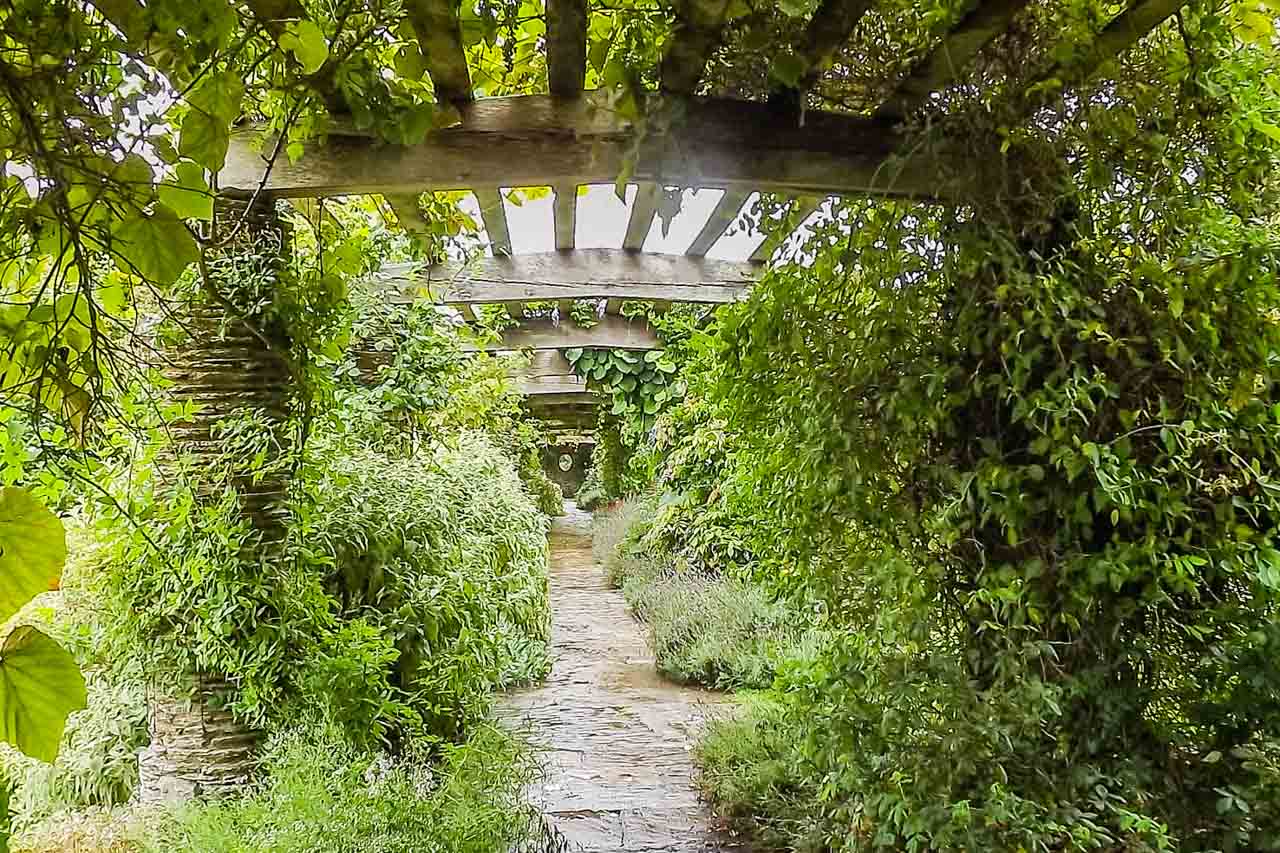 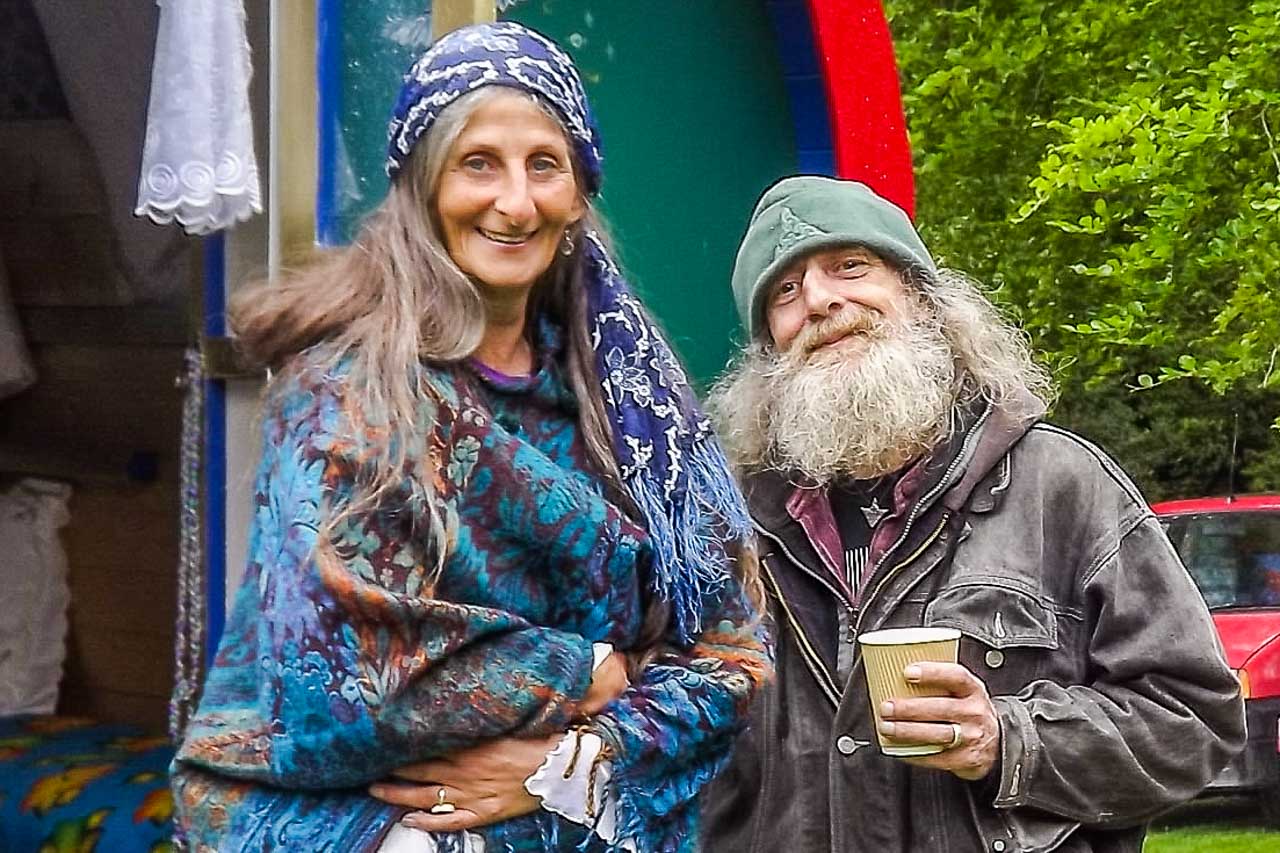 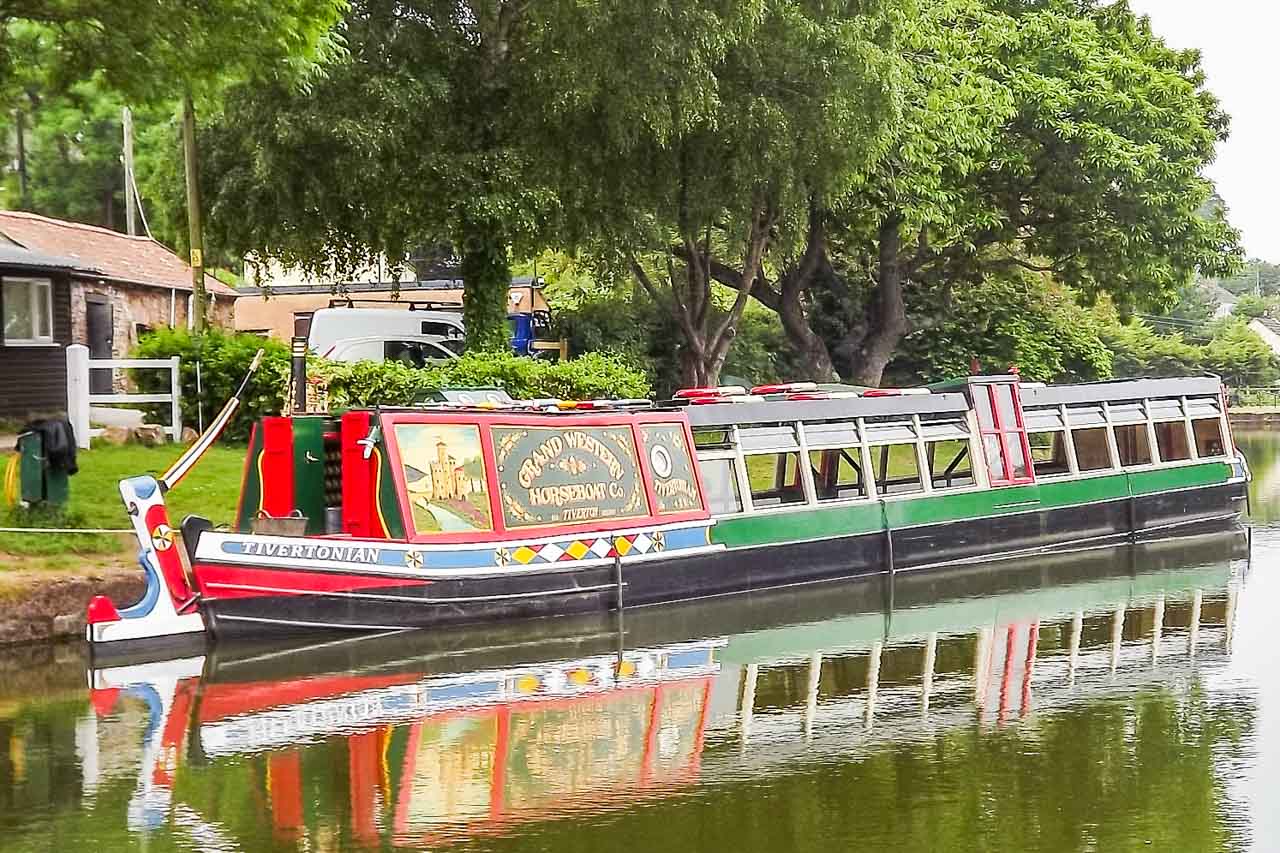 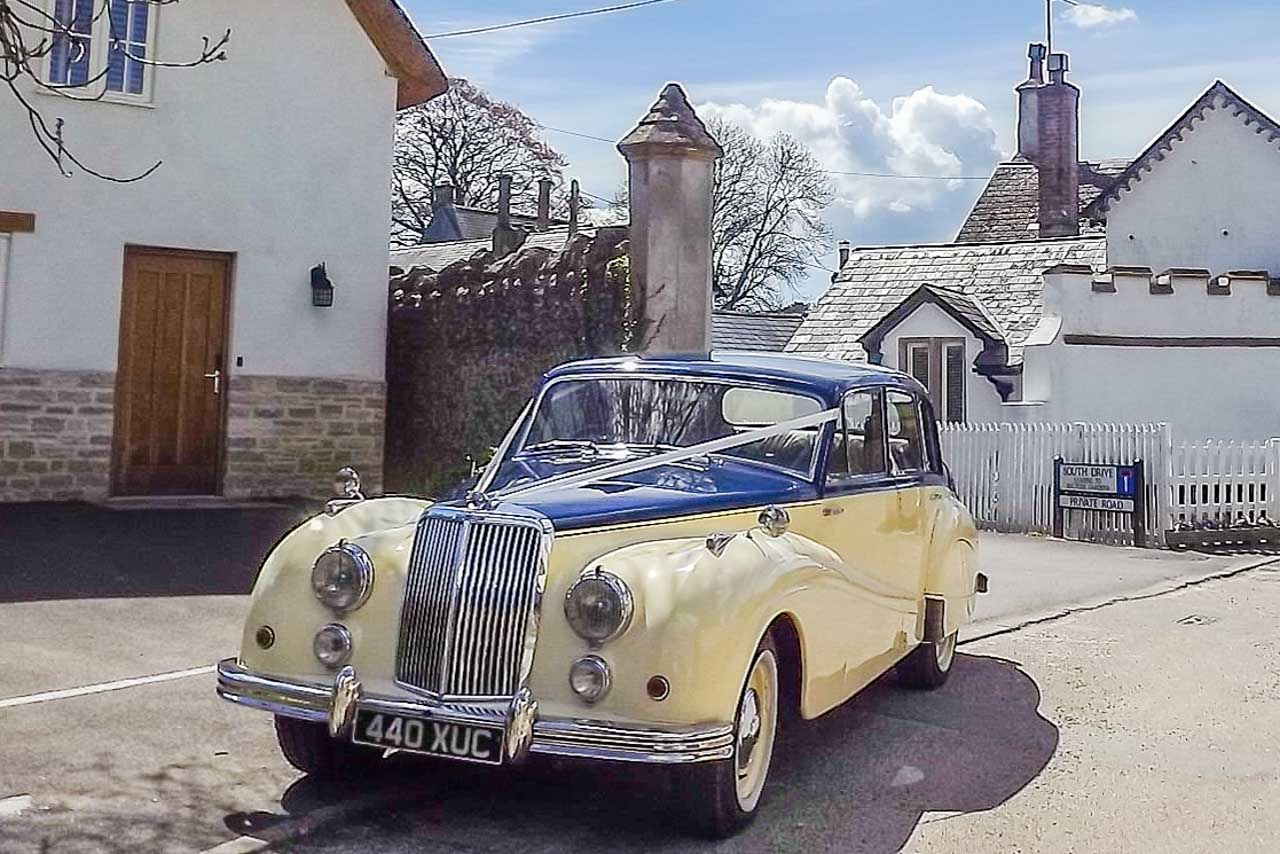 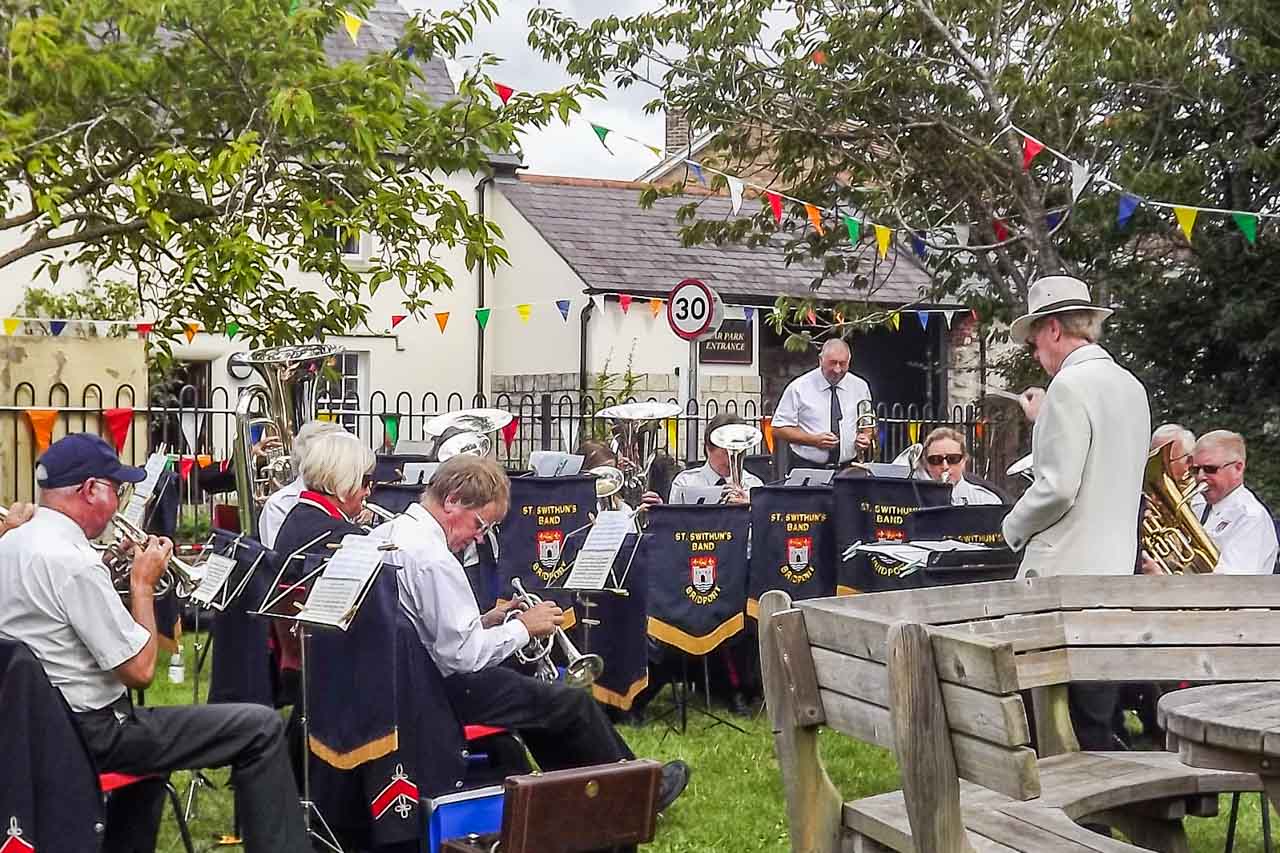 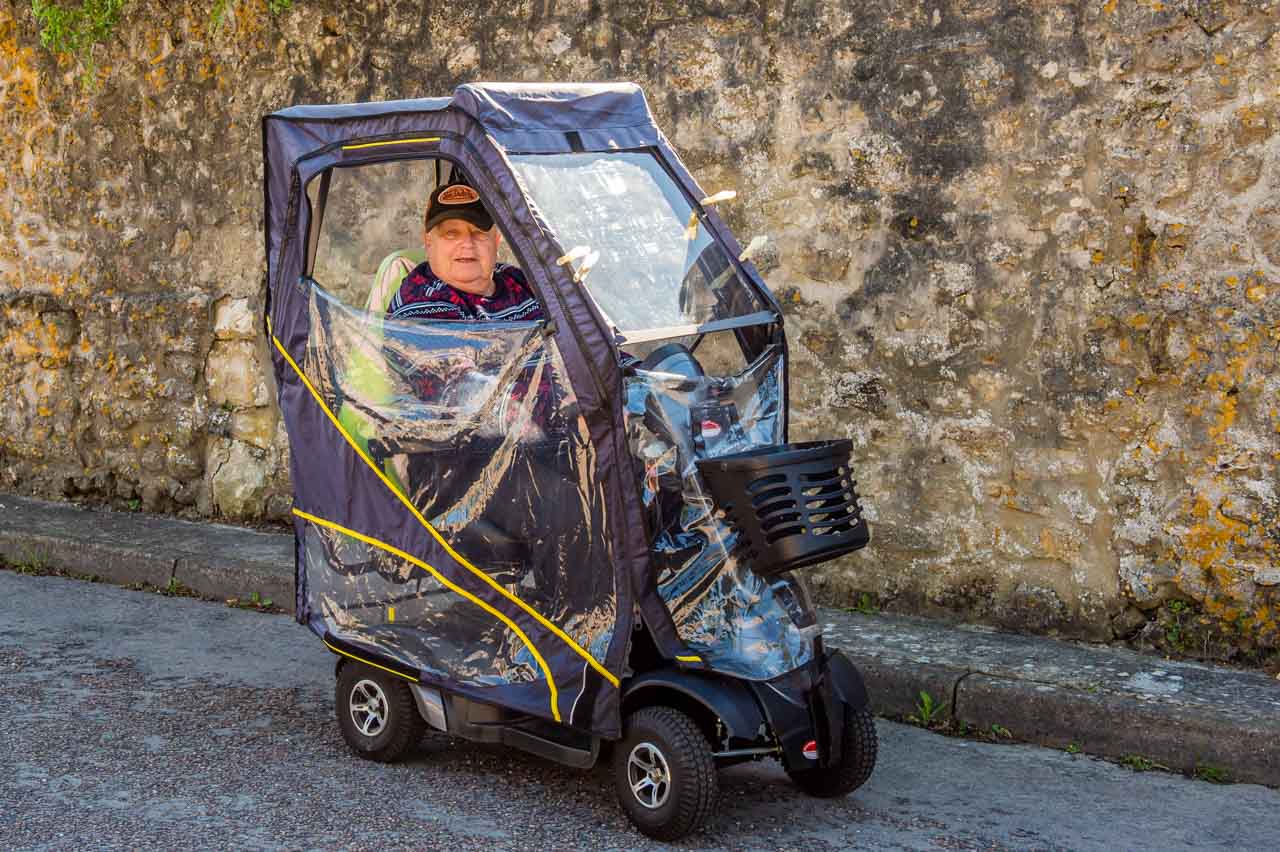