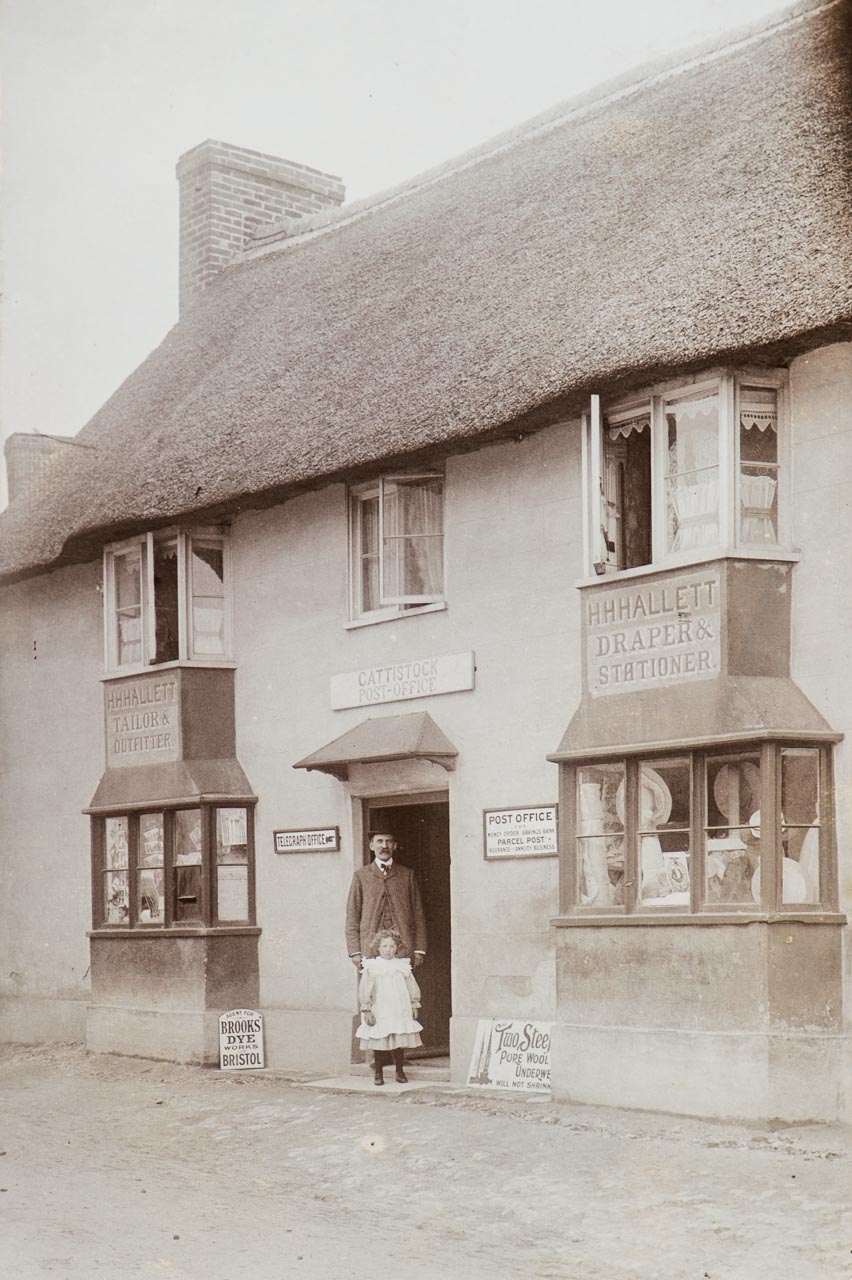 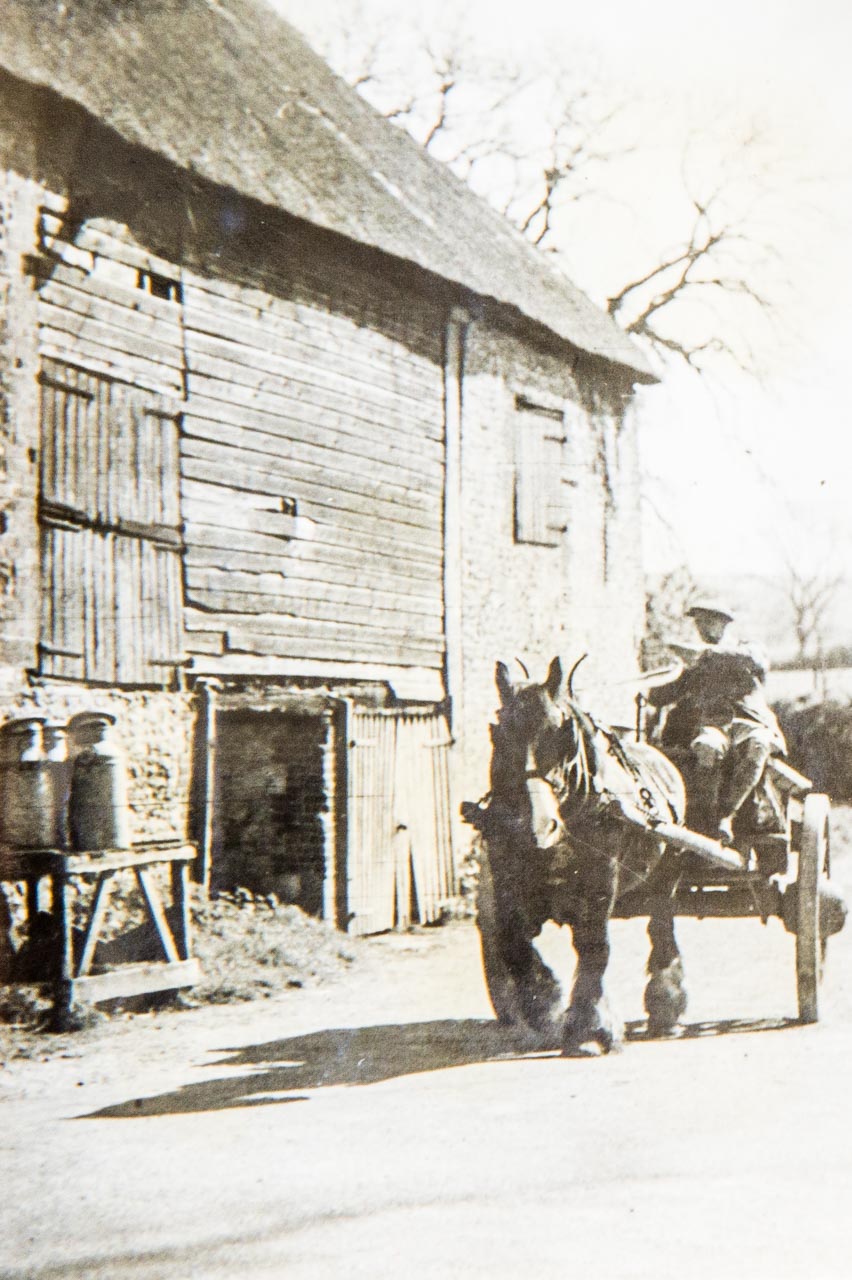 Cattistock is a very popular Dorset village, attractive to visitors and holidaymakers alike, many of whom return regularly every year to enjoy the location, the friendliness of the people who live here, plus the many attractions and activities that take place in the village.

We have the St Peter & St Paul church, with its famous William Morris window, the ever popular Fox & Hounds pub, a well stocked village store and Post Office, as well as a superbly fitted out Savill Hall that provides a venue for so many activities and occasions. And all this is surrounded by some of the most beautiful countryside in Britain.

The Cattistock we see today came into being hundreds of years ago, in the 10th century. The first mention of the village is of an early settlement, named Cattestoke, being given to the Abbey of Milton by King Athelstan around AD933 and from there the first church was erected, probably in the 11th or 12th century. The village would have evolved as a typical early rural community, where most people lived a frugal, subsistence based existence growing what they could, working mainly on the land, as Domestic staff, or sometimes learning a trade. Incomes at the time were often only sufficient to house and feed their families.

An independent England was also newly formed around this time, but it was still immersed in conflict within its borders and with its nearby neighbours both here and across the channel. Life in those early days of our village would have been very difficult, with limited diet, long hours of work and poor health contributing to a short life span for the average villager.

Moving on to around a hundred years ago the population of Cattistock had grown to very similar numbers to what we have today, namely around 500 people. But compared with today’s 500 people the difference in sources of employment and income reflects the rapid social changes that have affected many rural communities such as Cattistock over the past century, namely: the mechanisation of agriculture, the increased import of cheaper foods, improved education and career opportunities, improved health care, industrialisation of major industries, better transport, better paid city employment, communication technology, rural location house prices, higher pensions and longer life spans.

Due to the lack of transport communities were more self-sufficient than they are now. At this time Cattistock had a School, three Bakers, Blacksmiths, three Grocers, a Post Office, two Clothes shops, a Stonemason, three Builders, two Tailors, a Butcher, a Sweet shop, three boot and shoemakers, two Dressmakers, Carpenters, Millers, two Public Houses including the Three Horshoes at Sandhills, an Undertaker and several Farmers.

This spread of occupations probably typifies most rural communities in the UK that resembles Cattistock’s size and general location. But comparing the occupational groups a hundred years ago, to what they looked like in 2000, the effect of the social changes referred to above have had the following significant effect:

In addition, new occupations are now seen throughout the village that were not seen in 1901, such as Creative Arts and Design, Accountancy and Finance, Law, Information Technology and Leisure, Sport and Tourism. Some of these are entirely new occupations that did not exist a hundred years ago, but communication technology and transport has made it possible to live in a beautiful village like Cattistock, whilst commuting one or two hours to work, or being employed in an occupation that can be managed from home.

This is just an introductory taster to the rich history of Cattistock. Speaking to some of the people who have lived all their lives in Cattistock unearths all the personal stories that are part of the bare statistics shown above.

It is possible to read more about Cattistock and its community by reading two very interesting books:

Cattistock – A Dorset village. Written by Marie Langford, who lived all her life from 1916 to 2006 in Cattistock, the book provides a very personal and enlightening insight to everyday life in Cattistock.
It is on sale in the village store at £3.00 a copy.

The Frome Valley Chronicles. Written by the villagers of the Frome Valley, this book has photographs and chapters describing many aspects of life and buildings as they were in the past.
Published in 2000, copies do still occasionally surface and are well worth looking out for.

Finally, there is the question: why the Cornflower as a logo? The explanation starts by understanding that True Blue was the original name of the Cattistock Hunt. In 1940 the Destroyer HMS CATTISTOCK first displayed a badge designed for the Royal Navy, which included a white inner area and a Cornflower to represent the original True Blue. The same badge design is still used on today’s HMS CATTISTOCK and so a connection and reason has been found to use a beautiful Cornflower as the Cattistock website logo.

If you would like more information about a specific aspect of this social history, please contact Peter Farmer.

CATTISTOCK AND THE GREAT WAR

The history of Cattistock’s contribution to the war effort of WW1 has been summarised in a booklet created by members of the Cattistock community. Click here to read this comprehensive record.

There are plenty of people in Cattistock who knew Keith, but for those new arrivals who never met him, Keith spent all his life in our village and he and his family spent almost 50 years of that time living in Goddards Bar (now named Goddards Cottage) in West End. Keith and Ruth left to live for what turned out to be a very short time in Sherborne, before Keith died a year ago this month at the age of 78.

Keith was married to Ruth, who still lives in Sherborne. He worked hard all his life and in retirement he took on the Caretaker’s role at the Savill Hall. He also represented Cattistock as  Parish Counsellor and was Chairman of the Cattistock Tennis Club for many years.  His great loves were his family, including his three children: Kay, Shaun and Neil, plus his grandchildren and his football – many a time he phoned the local Radio station on a Saturday night, to put across his reasons why one of his teams, Bristol Rovers or Yeovil Town, were not performing as they should.

But although instinctively rather a reserved person, he was also very kind and quick to help anyone. So, when in 2016 he heard that Patrick and Tessa Nelson were moving within Cattistock, to Vine Cottage, his instinct was to write to Patrick and share some of his knowledge of the history of the Duck Street area, where Keith and his family originally lived.

The original has already badly faded, so here is typed copy of the letter Keith wrote to Patrick back in 2016:

‘MY VIEW OF DUCK STREET in CATTISTOCK

My first memories of Duck Street are of when I was around 5 years old 1946-47, I lived with my parents & Brother Norman.

At the bottom end of Duck Street is a green with a tree in the middle, this was once a duck pond, hence the naming Duck Street.

The village of Cattistock is famous for its Hunt, the Hounds are situated at the far end of Kennel Lane which starts just beyond the Tree in the green. Also here starts Manor Farm which leads up the track to Castle Hill, Middle Hill & South Down where situated in the valley is the pumping Station.

Manor Farm was farmed by Mr Meech, he and his family lived in the Big Farmhouse situated on Manor Corner.

Next door to the Farmhouse, heading East up Duck Street were 4 Cottages, our family lived in one, with a further 3 families occupying the other cottages.

Next door was a larger house called Markers. Miss Foster & her Brother lived here, attached to Markers was a small cottage that belonged to Markers.

Next door was an Army Hospital, this was used for Germans & people who needed shelter, the Hospital also housed the Army Dentist. The yard leading to the Hospital later became a builder’s yard and next door was another yard owned by the Council where they kept various items including a lorry.

Next door was The Fox and Hounds. I will stop here and travel back to the start of Duck Street.

On Manor corner we now have Barn Cottage and this used to be an old Cart shed which almost joined to the farmhouse.

On the opposite side of the road was a garden with a high wall which had doors built into the structure.

Next on from the walled garden the Cottages start, the first of which was very tiny, more like a passage than a dwelling, living here were two older Ladies Arty and Polly Lee. Polly spent most of her time in the cottage and was not seen out very much. Arty on the other hand was always out and about around the village, she always wore a long black dress that went right to the ground, with a black shall, she appeared to shuffle as she walked, but had a heart of gold. As time went by the Council were called in and told the Ladies they must clean up the cottage or face the workhouse!

Arty was very upset by this although the two were not very clean and as she was very friendly with my Mother and Mrs Robinson who was our neighbour, they agreed to help clean the cottage, but they only had 2 weeks. So they both got stuck in and cleaned and cleaned, they both had dollys that were years old, the likes of no one had seen before, they all had baths. The Council never bothered them again, no one ever knew if they bathed again though!

As time went on the 2 sisters passed away, these were 2 people who will live in our memories forever.   The cottage was later occupied by the Knight Brothers and they were no cleaner.

Moving along the street now a man name Mr Palmer owned a small building firm with a paint shop and store for ladders and building equipment.

A bit further along was a garage that sold petrol and did minor repairs to cars.

Next door to the garage was a painted wall with 2 horses that are still there today, next door was and still is the hunts stables.

My memories of Duck Street. 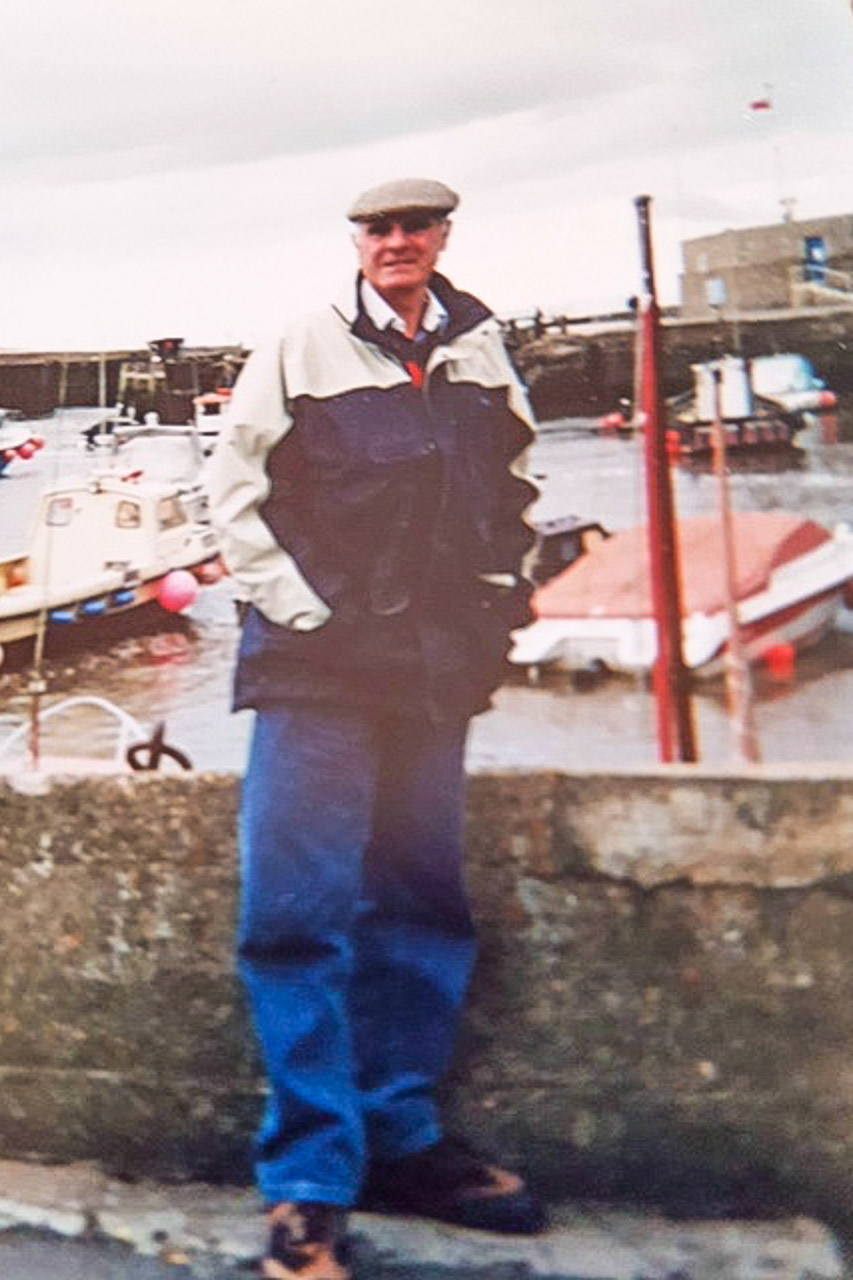 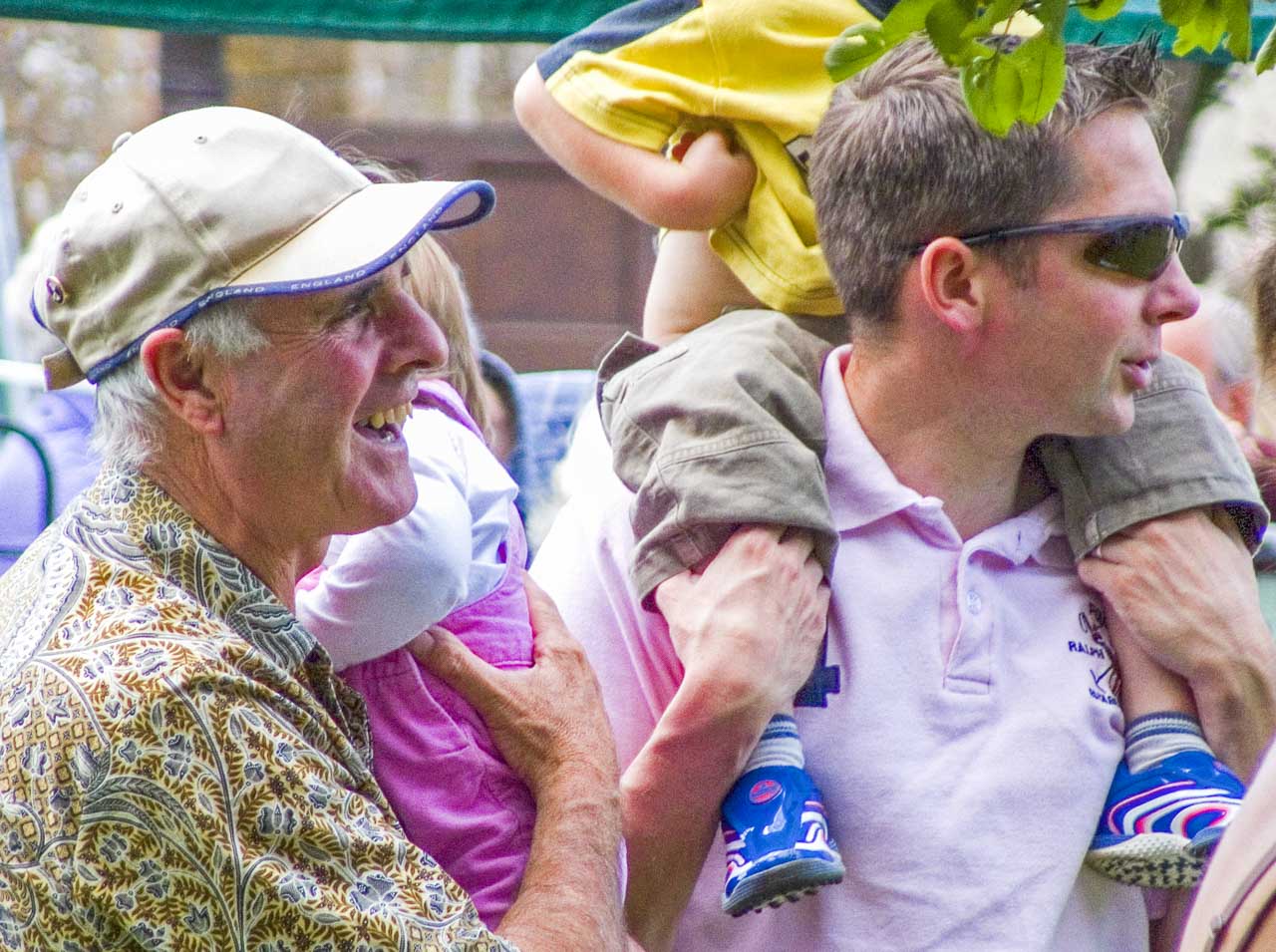 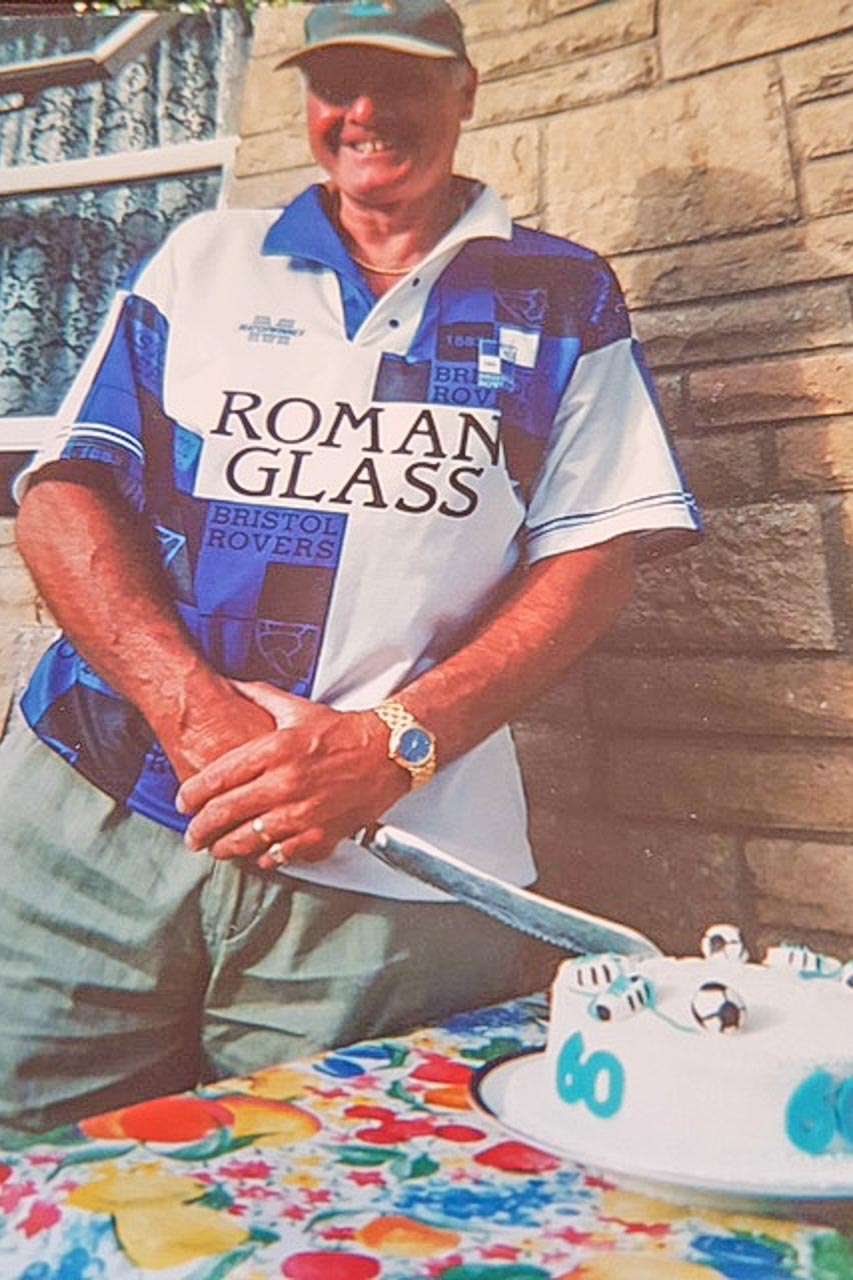 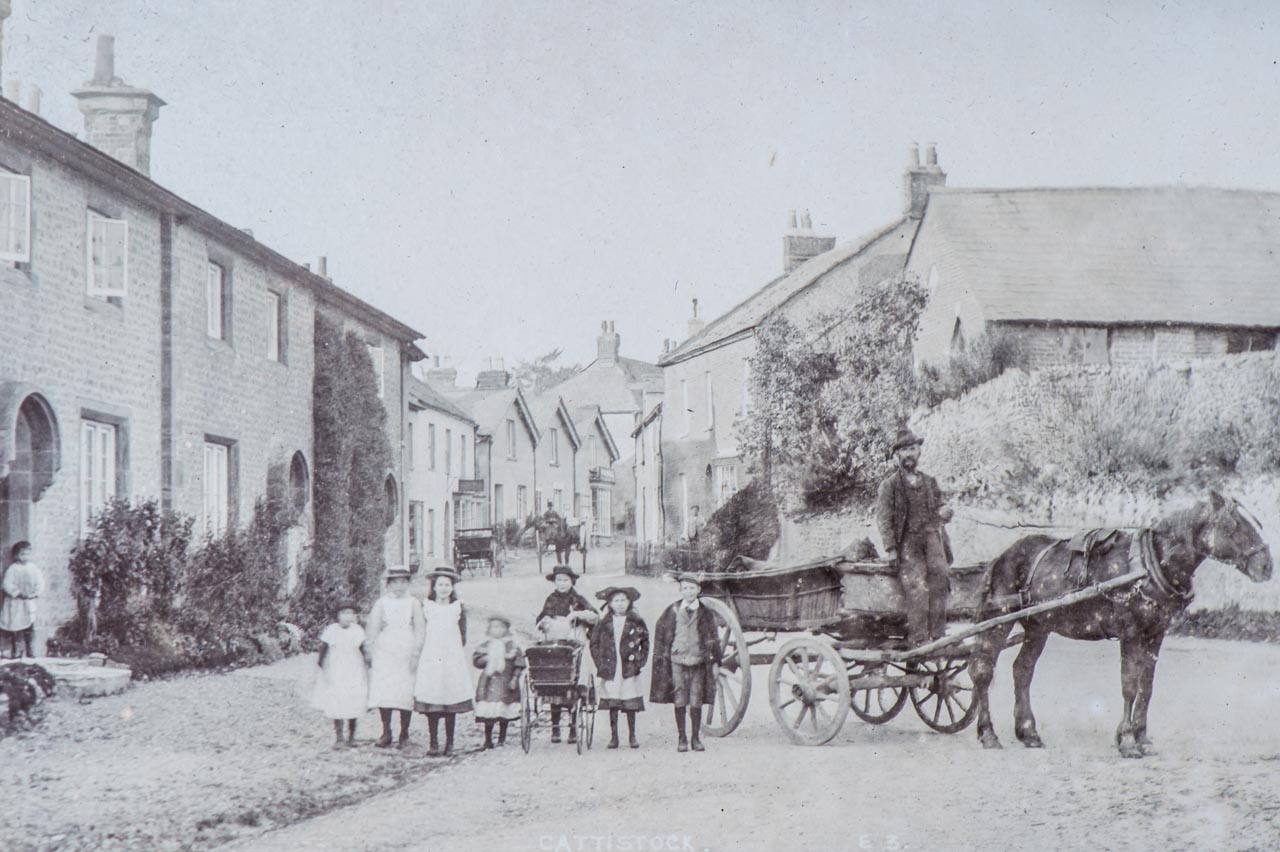 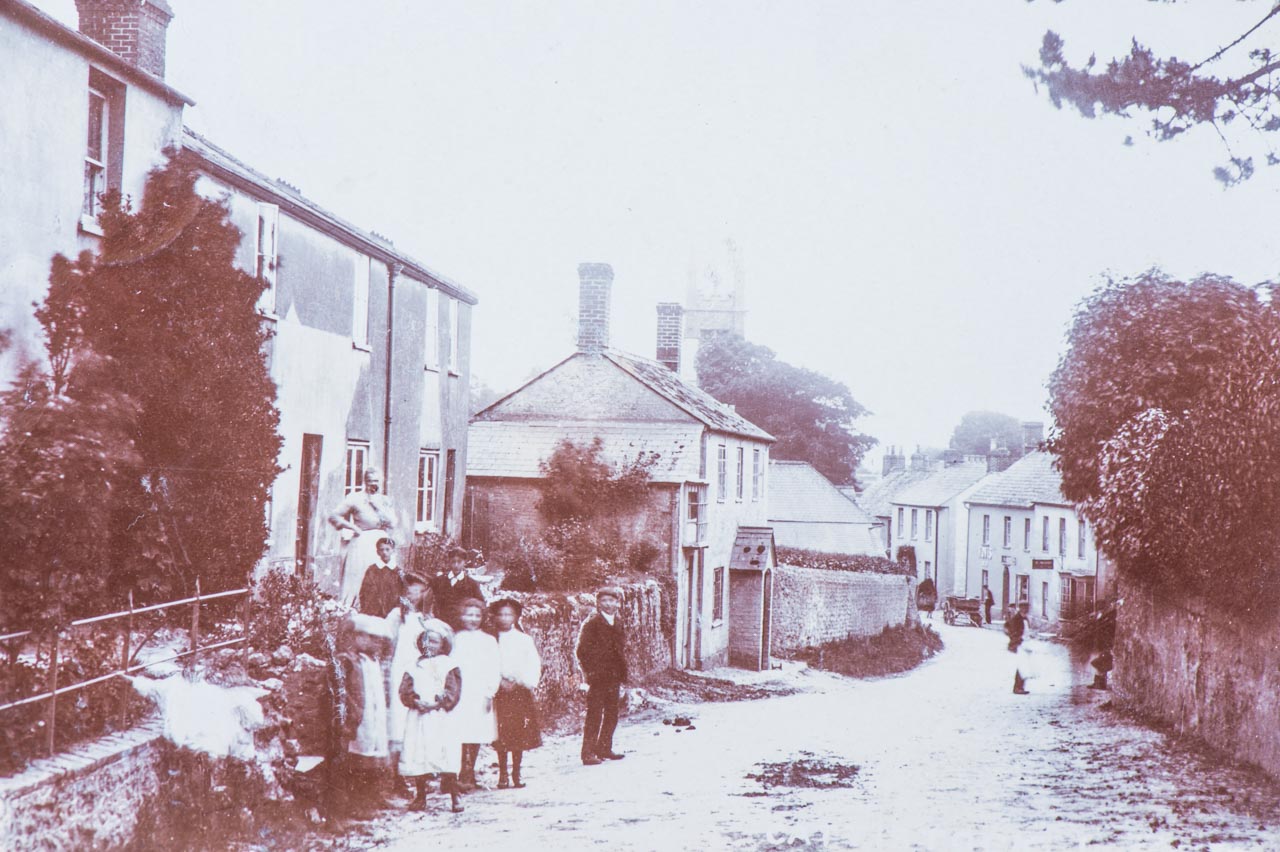 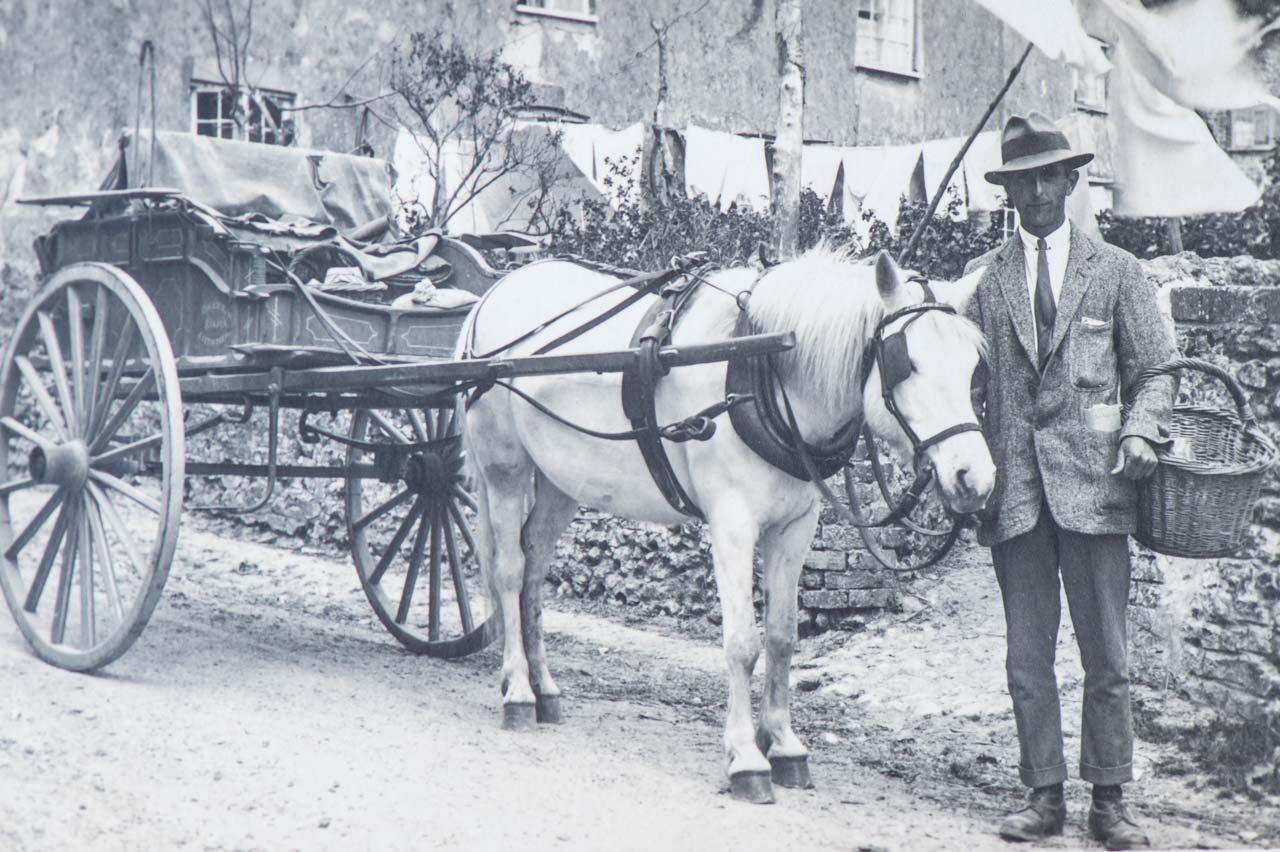 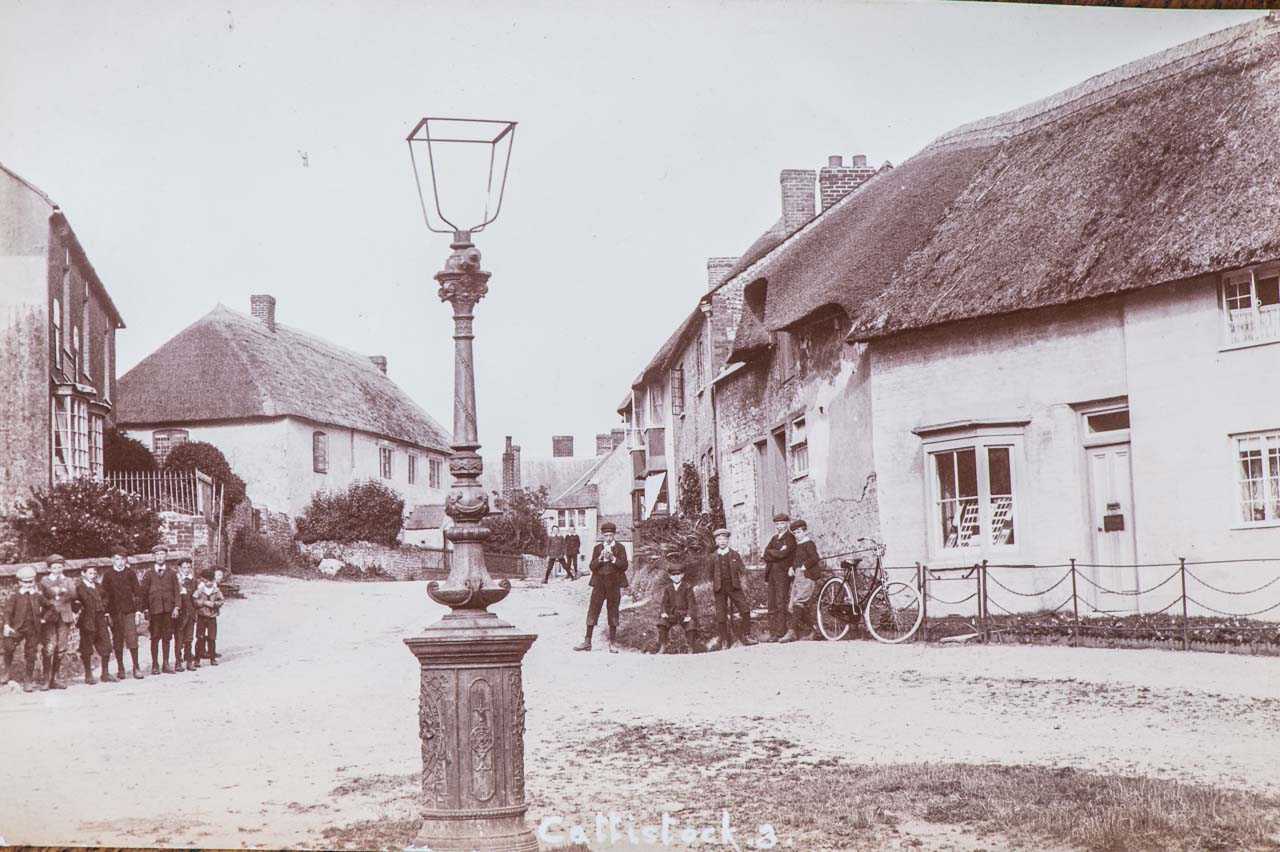 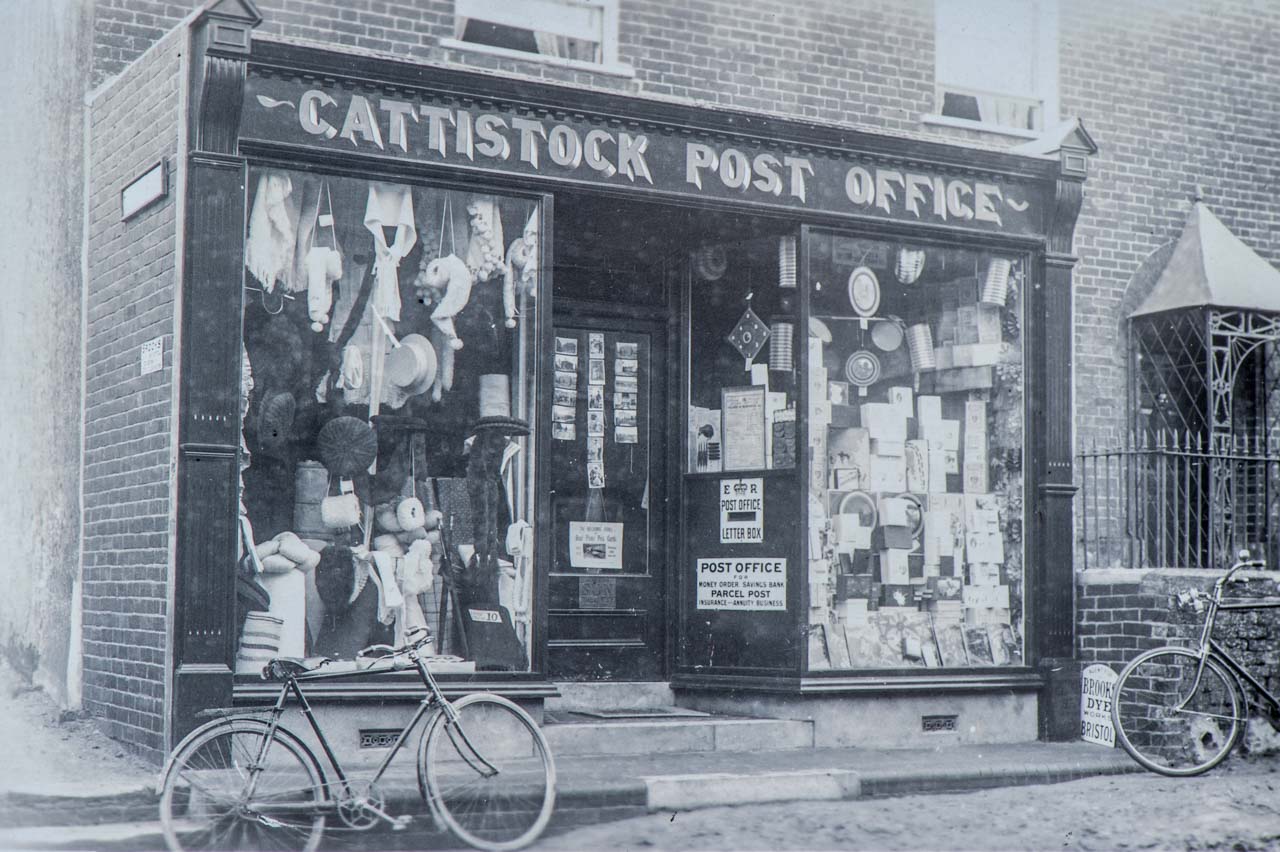 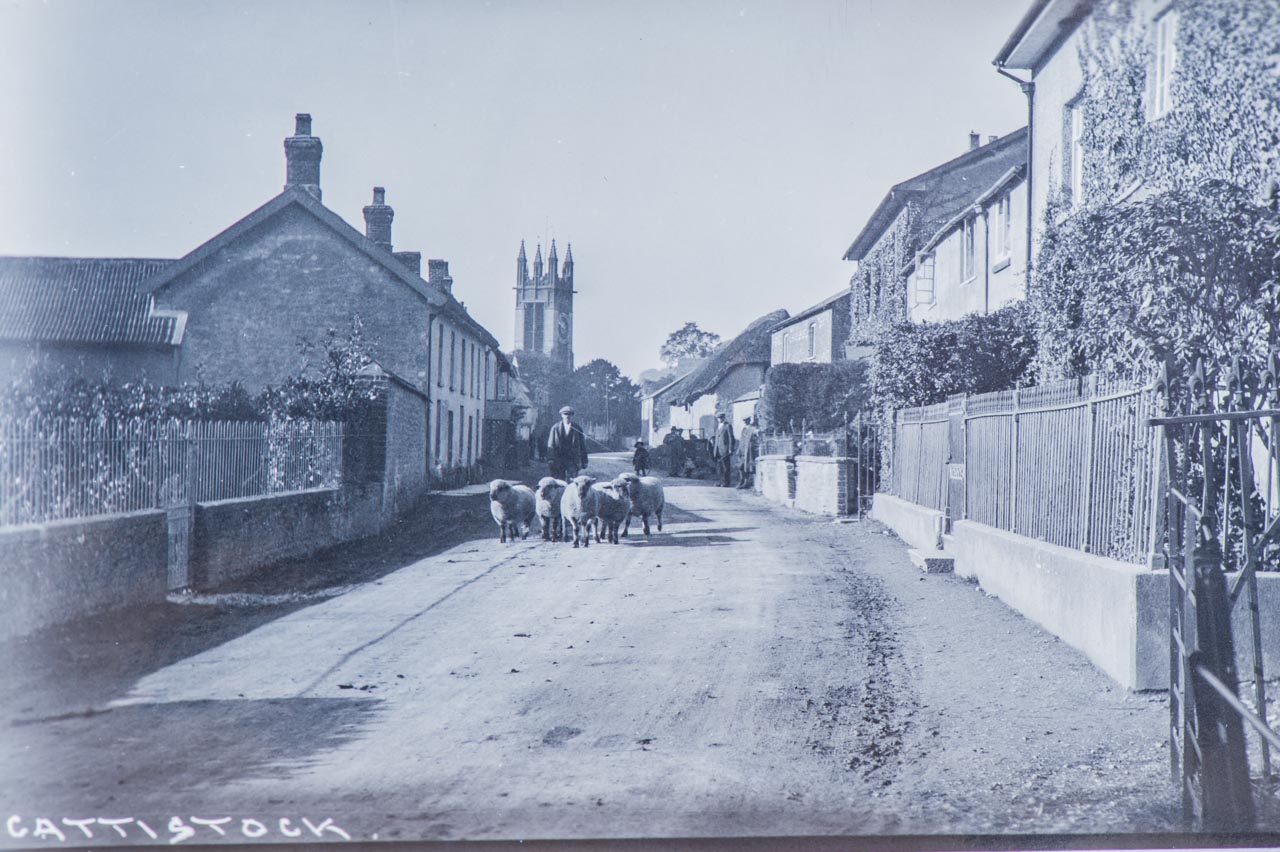 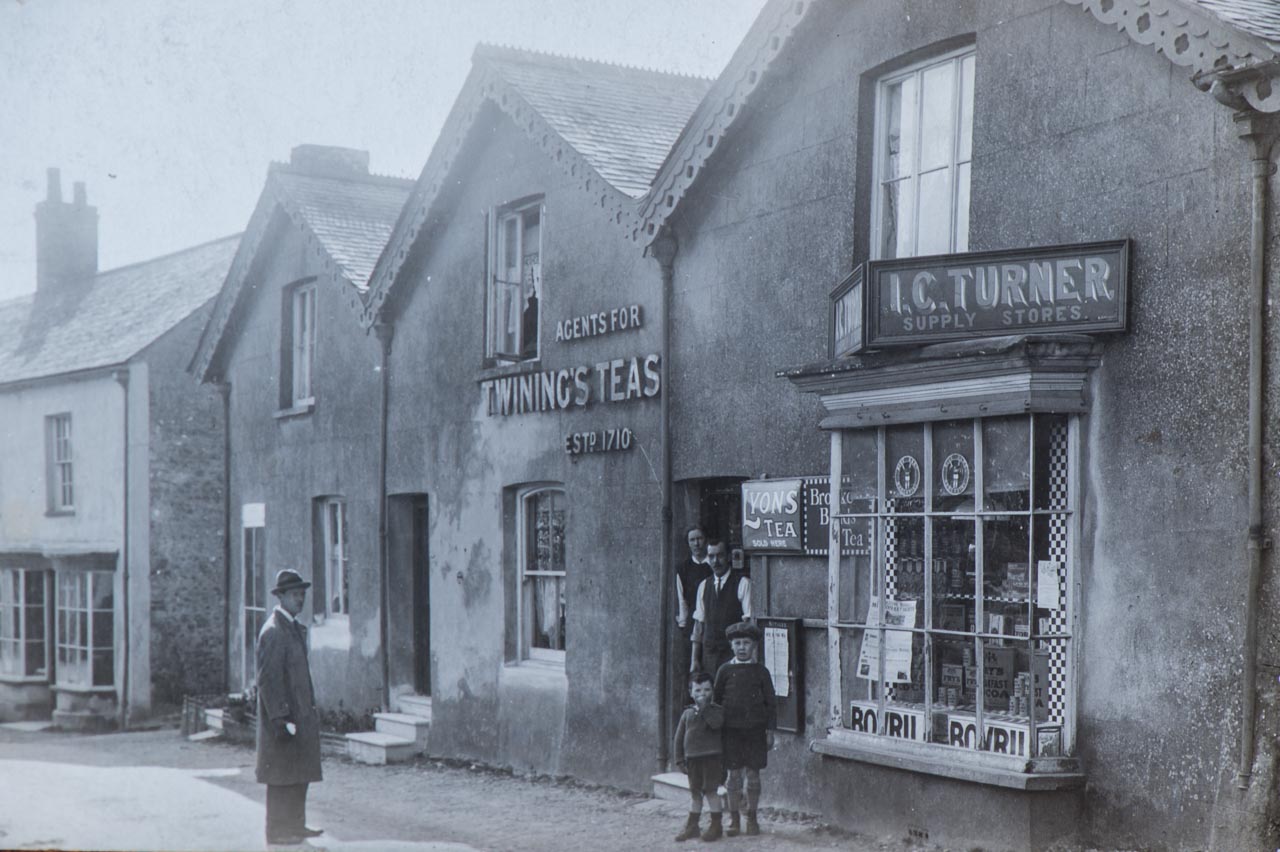 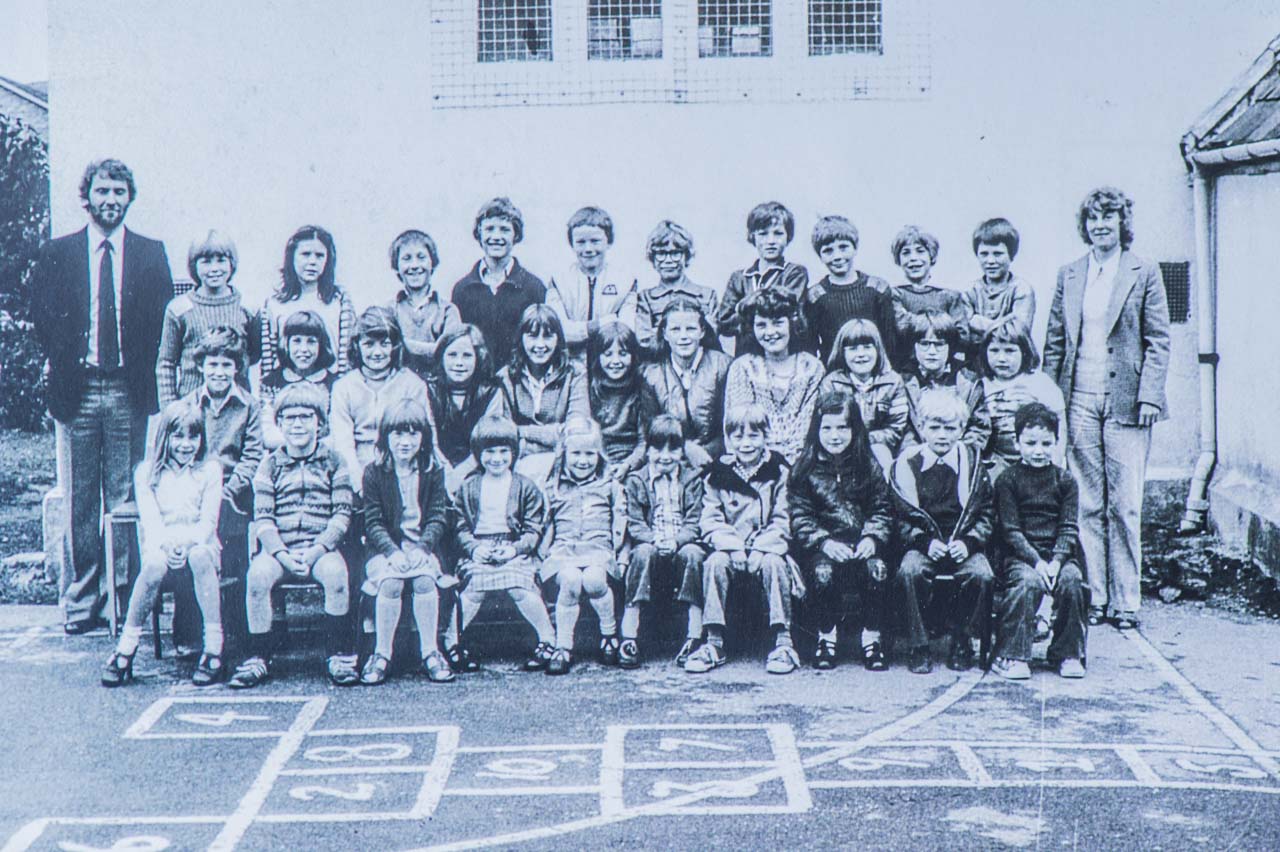