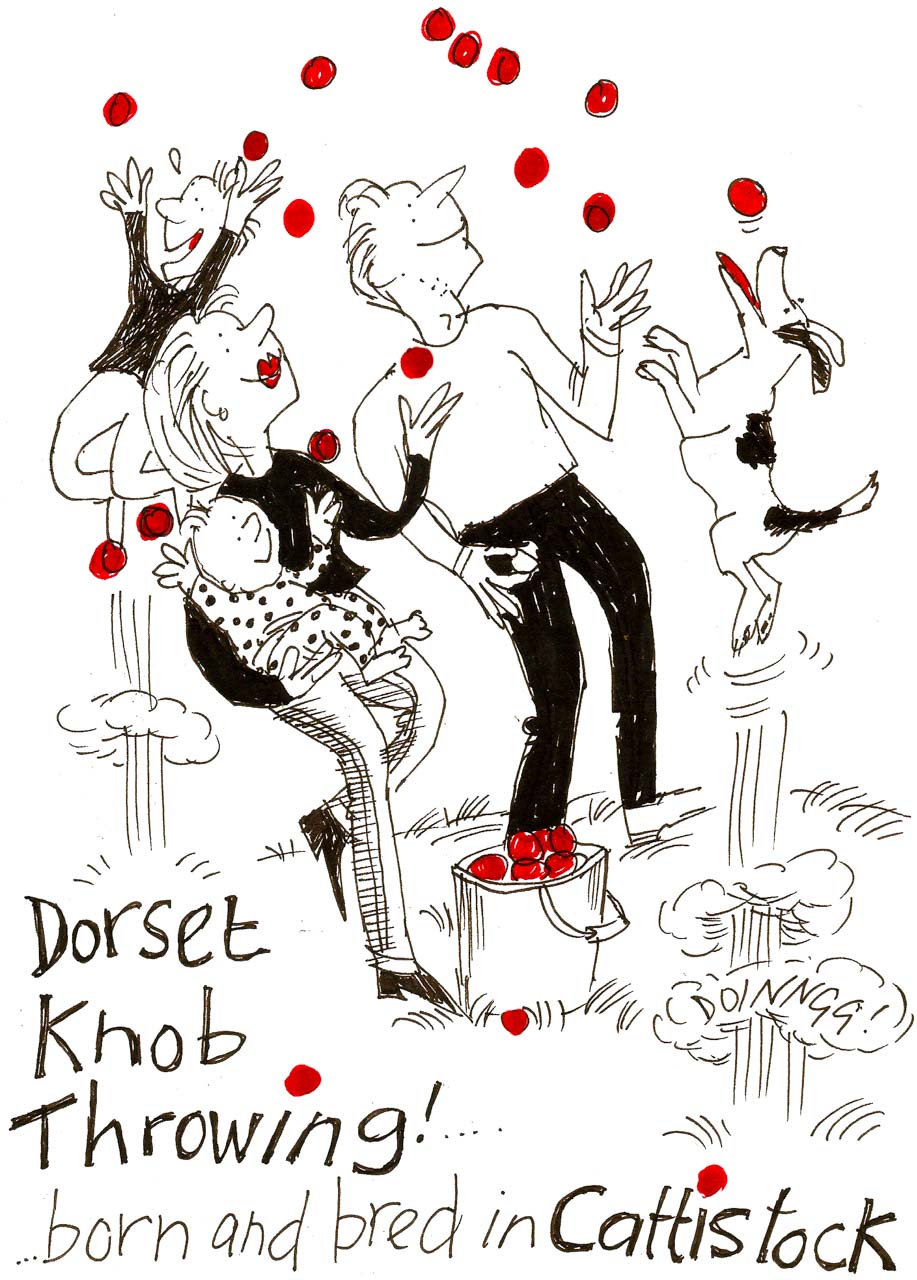 If you would like to know more about the origins of the Dorset Knob Throwing event, plus the financial benefits it has brought to Cattistock, please read the following article

It is with great sadness, having announced that 2022 Knob Throwing would be returning to the village where it all started, that we must inform you that it has not proved possible to stage the event this year. We hope that it will be back in 2023.

The Knob Team:  Wayne Briggs, Sean Lavan, Patrick Nelson, Ian Vine, John Swatridge,  and Steve Barker. Contact any of them if you want to know more.