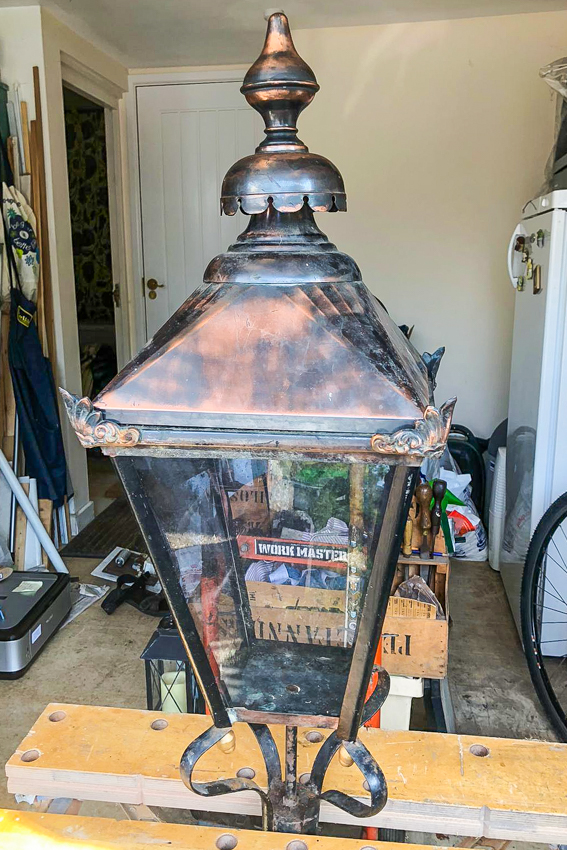 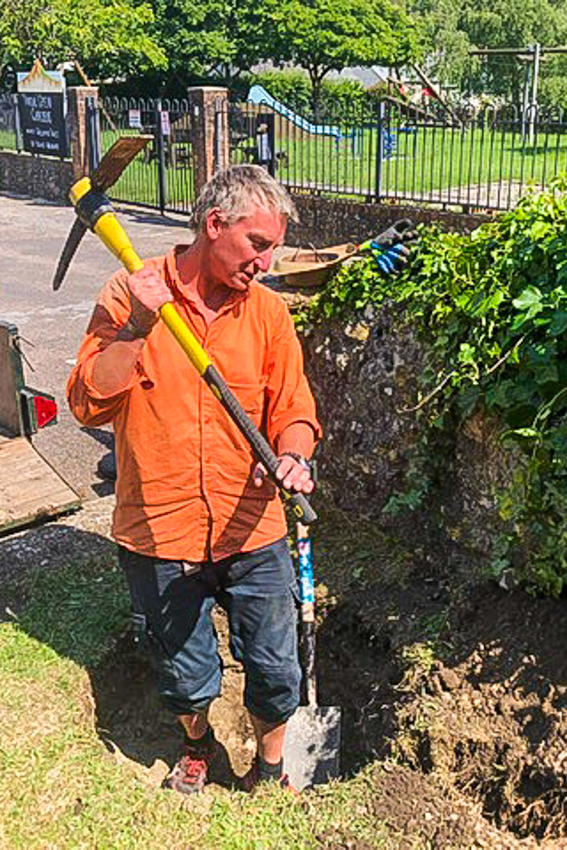 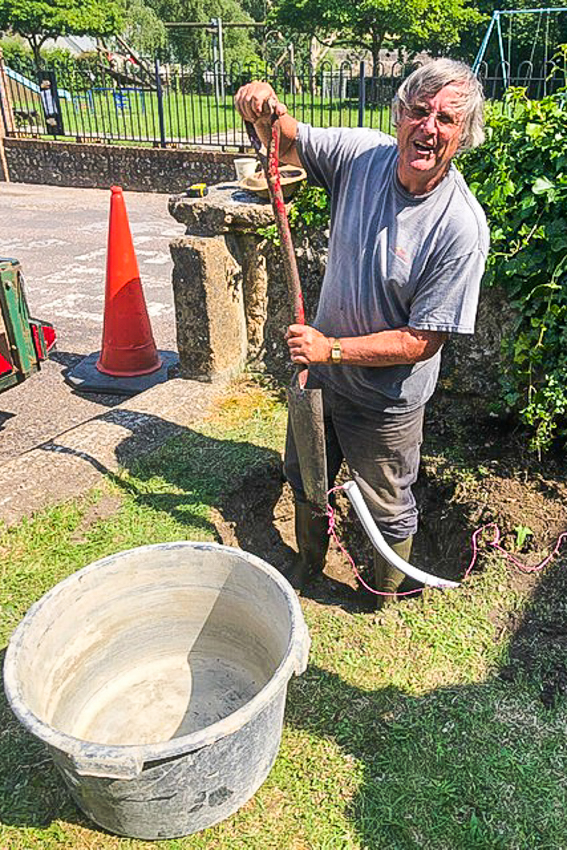 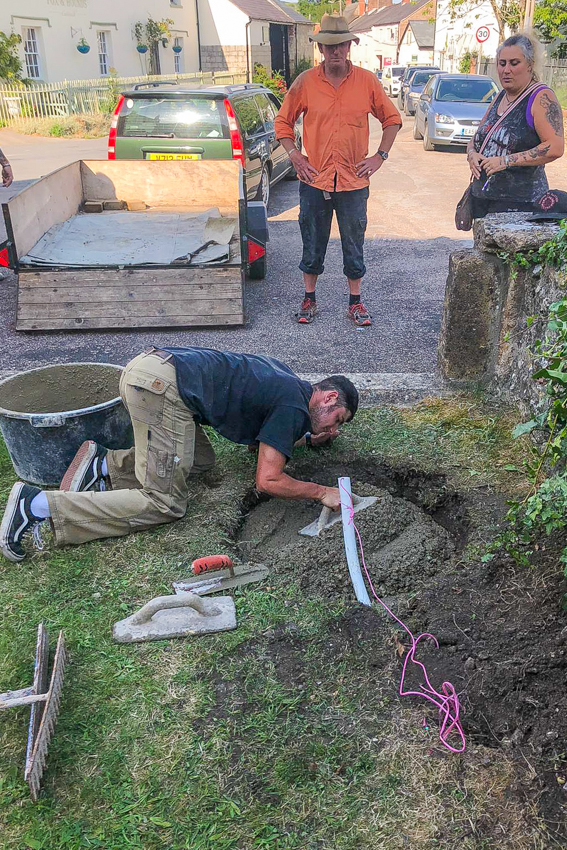 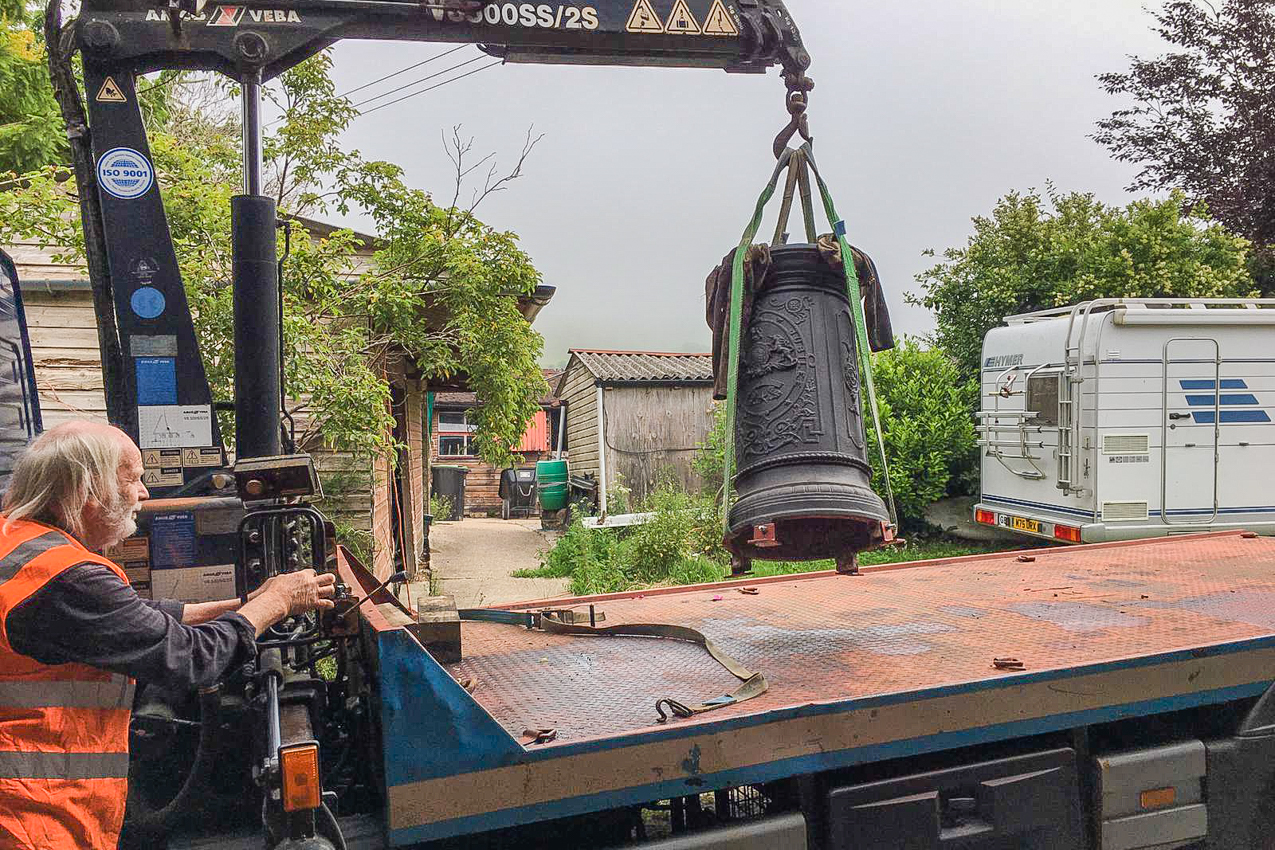 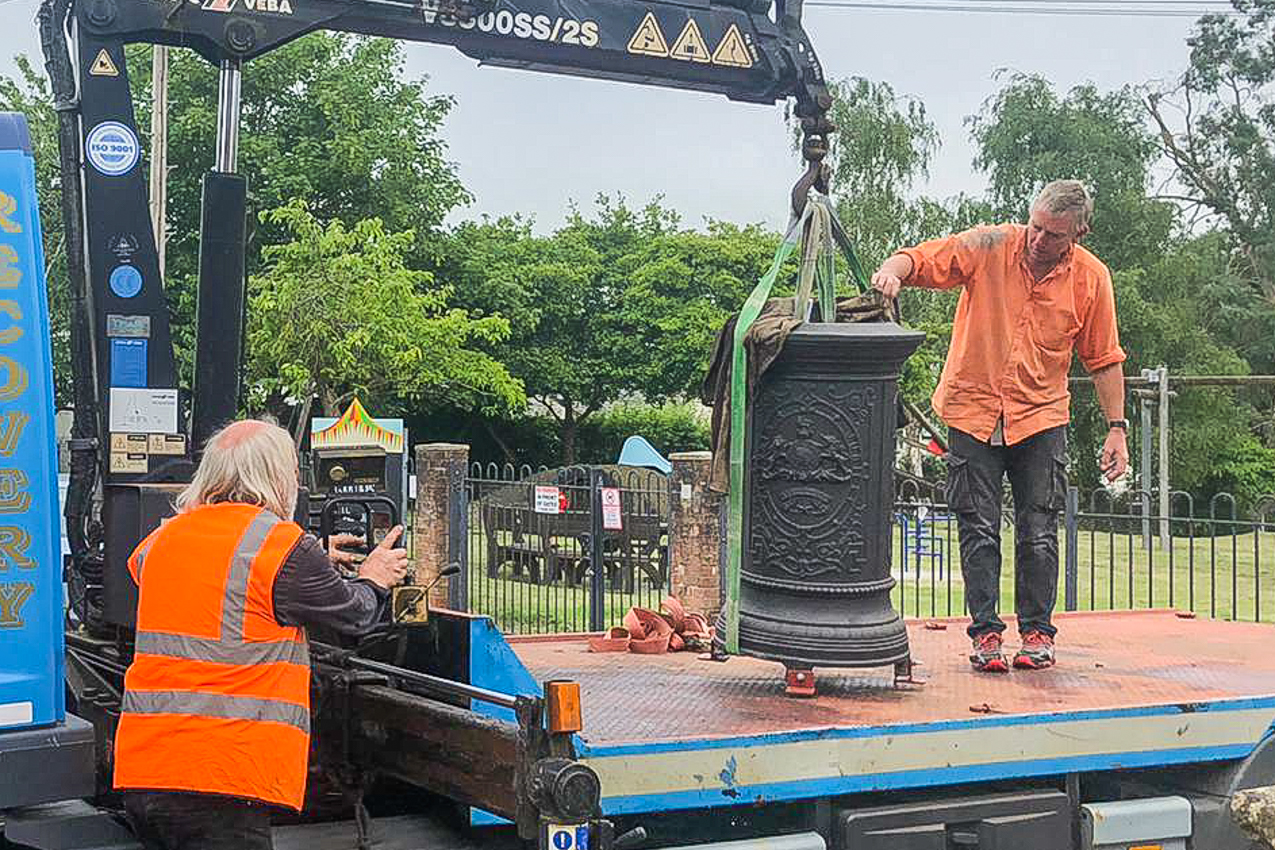 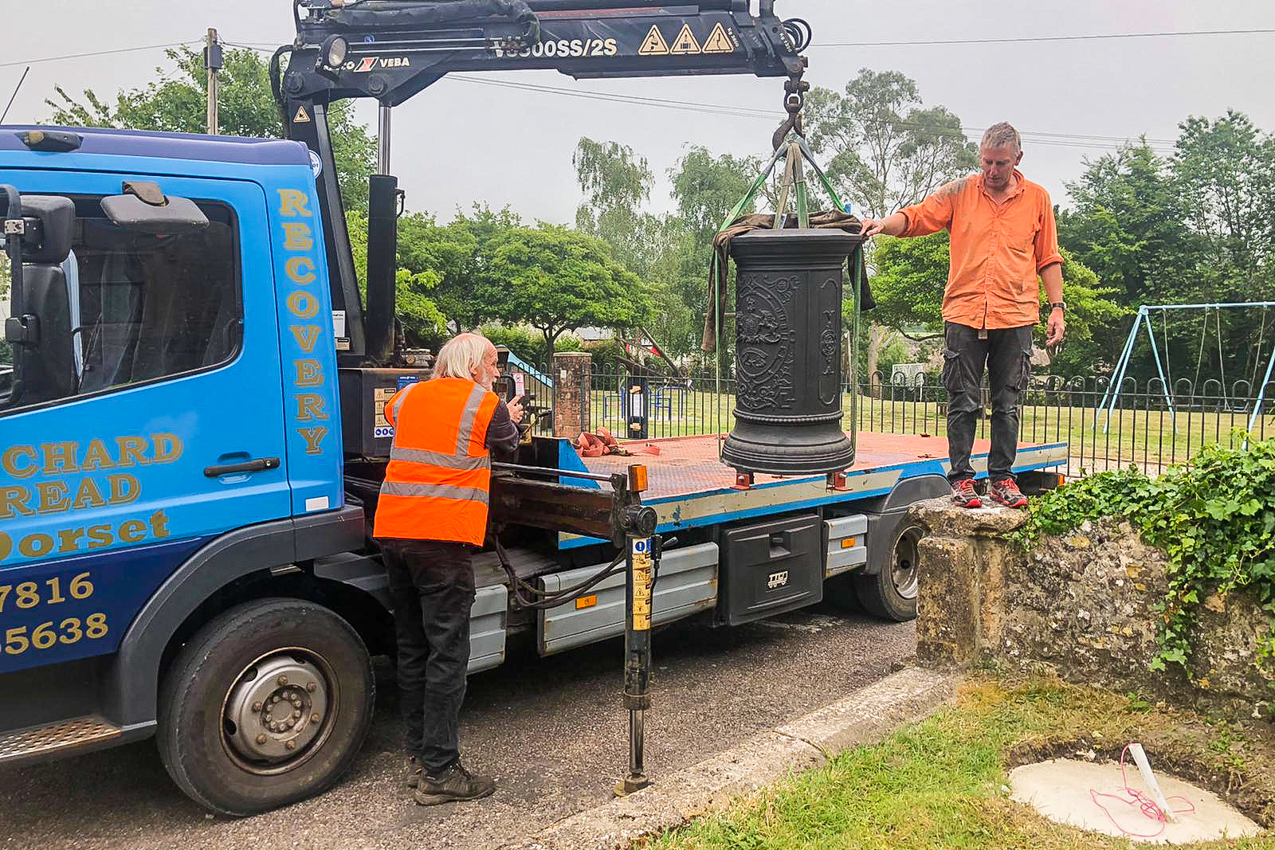 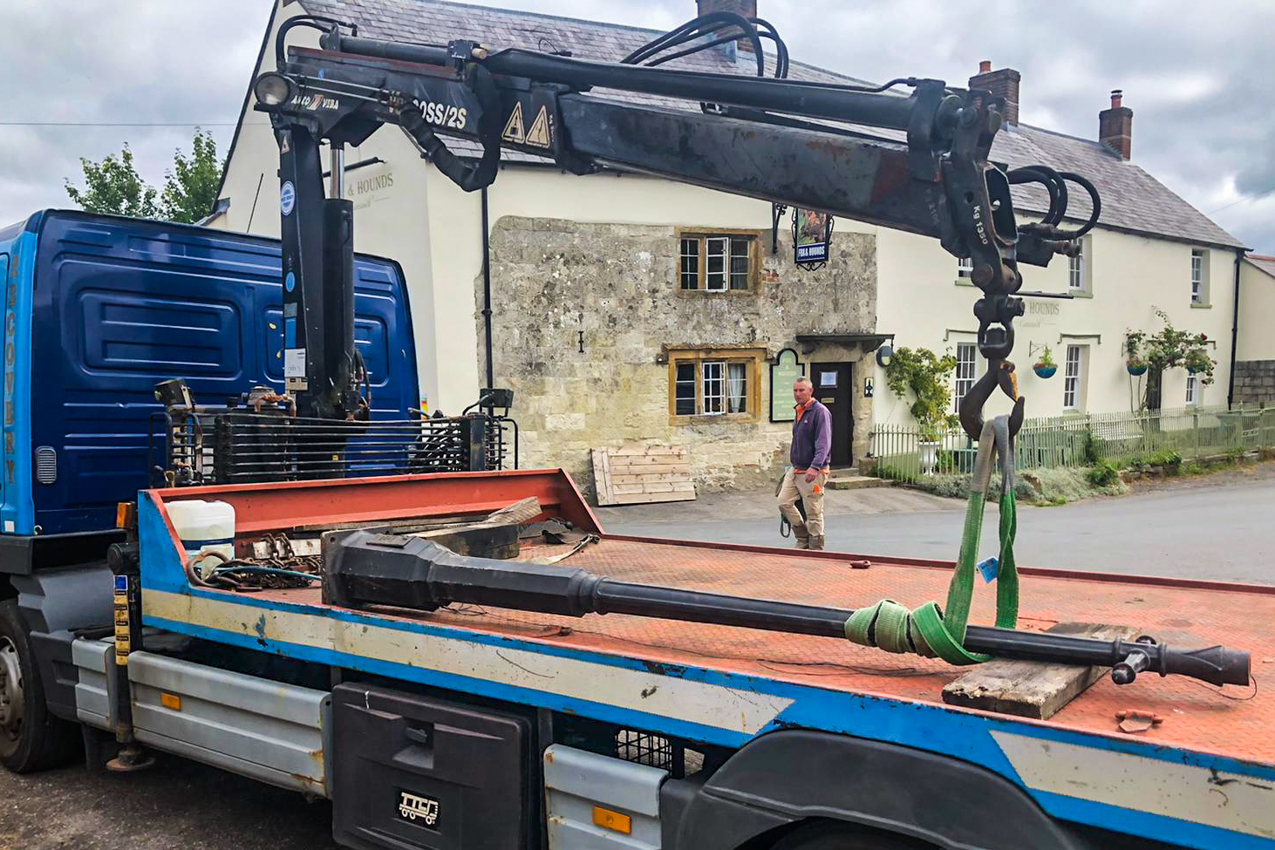 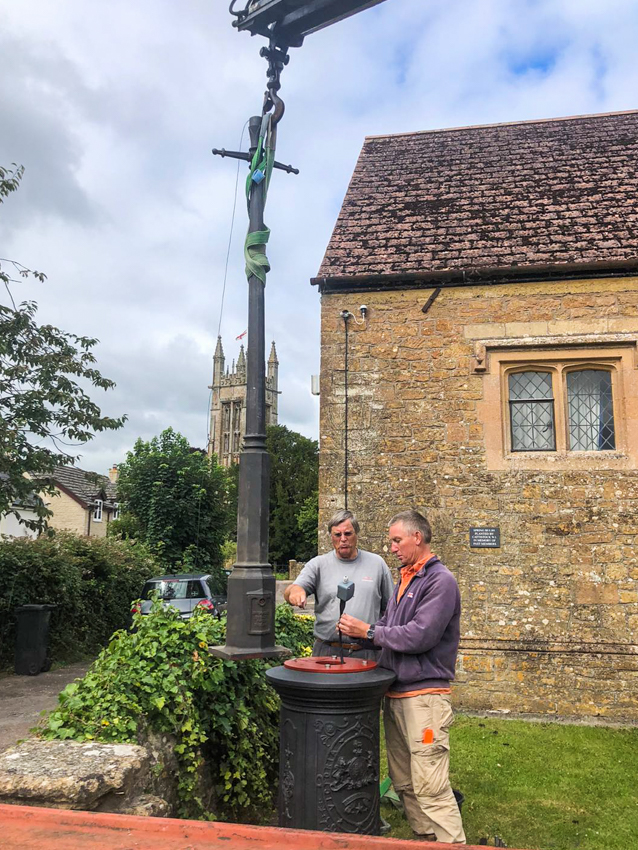 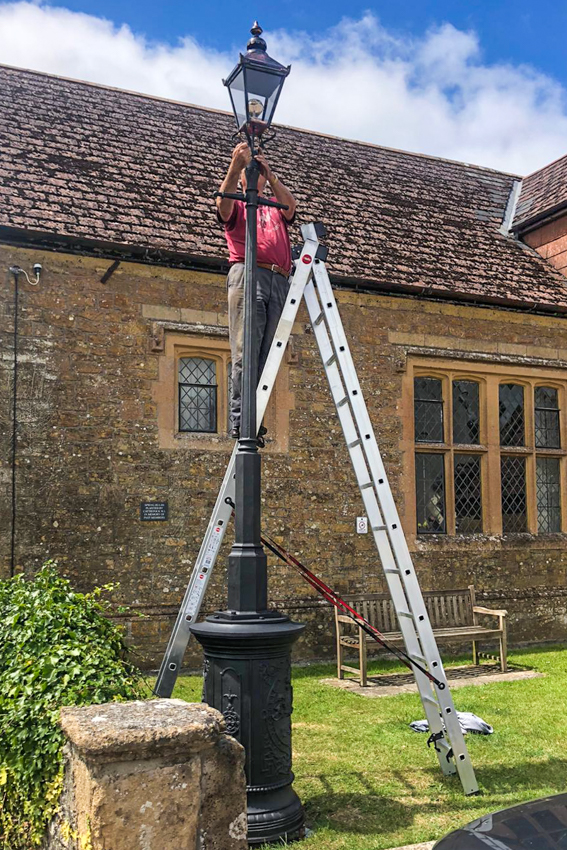 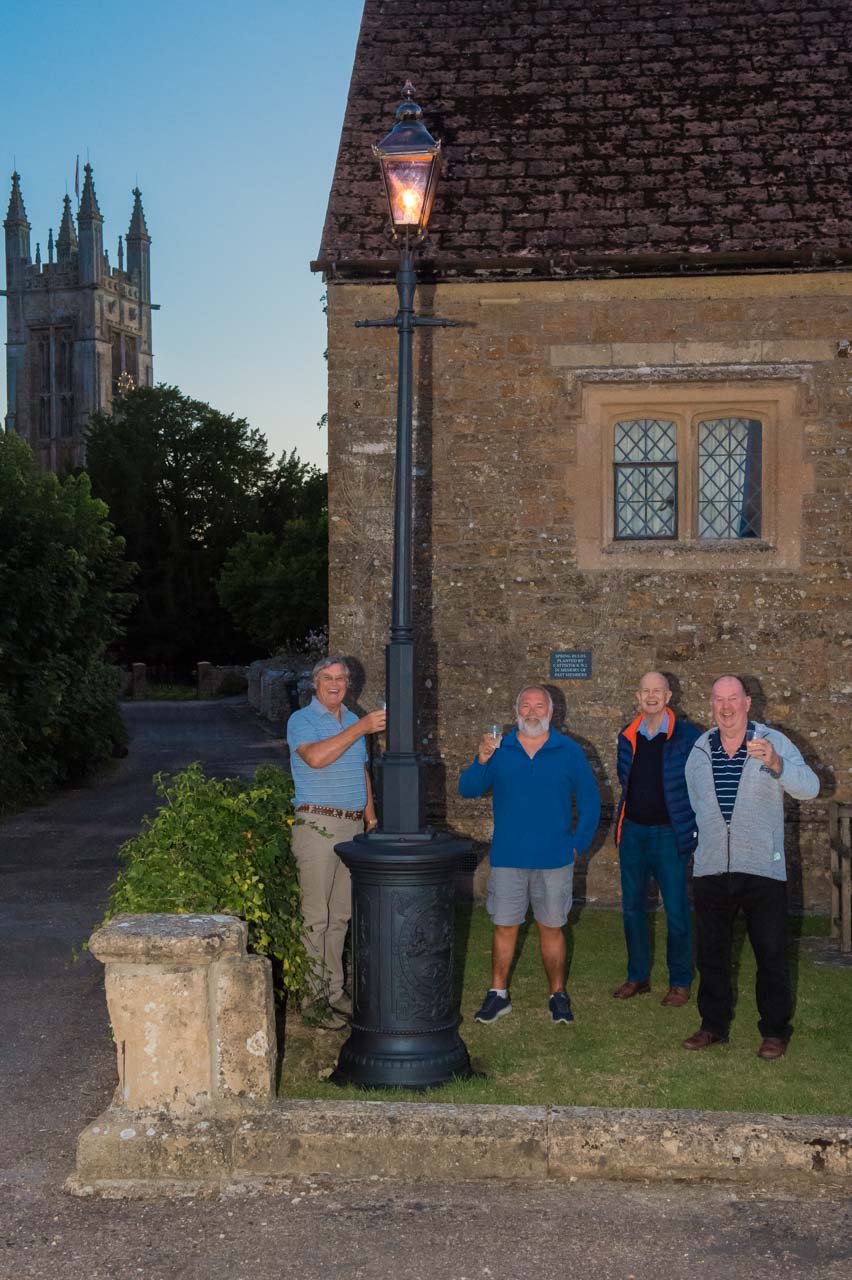 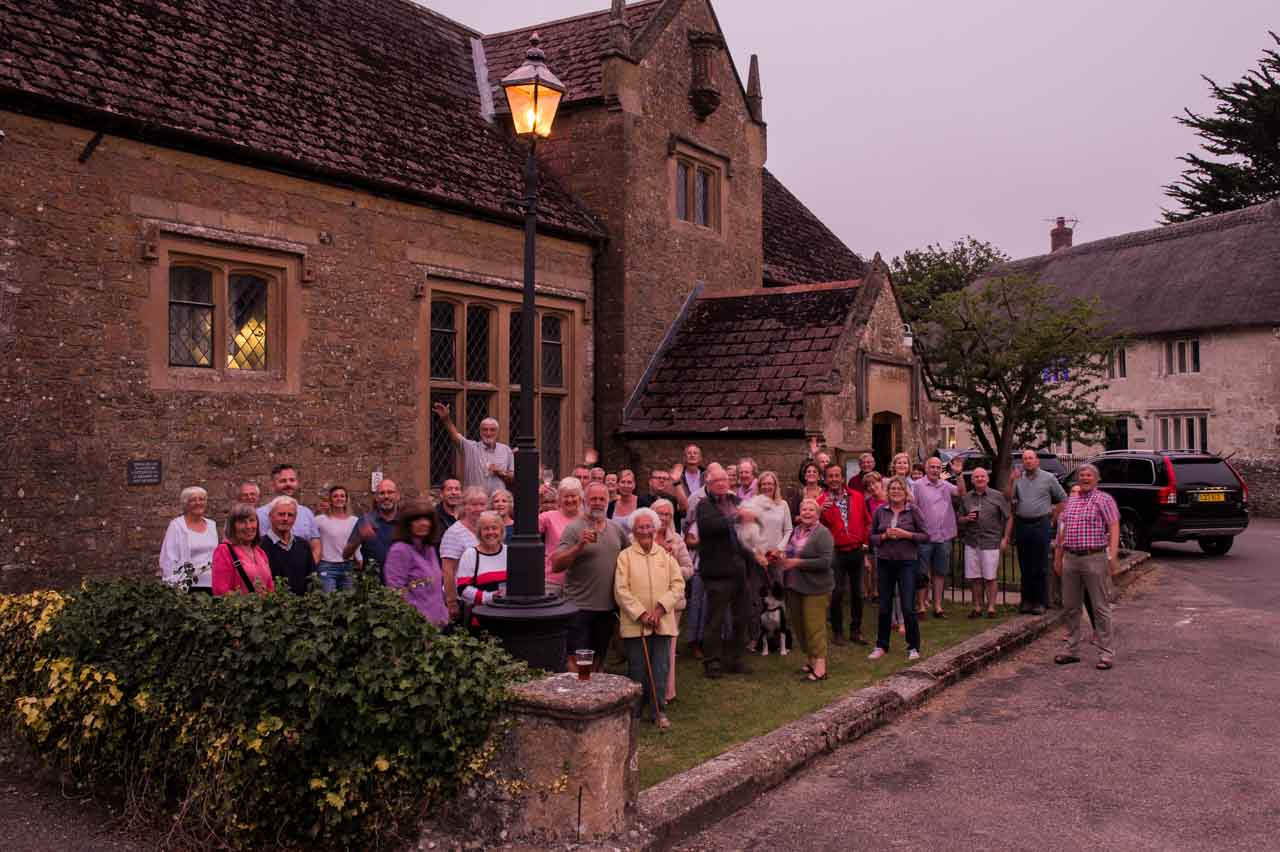 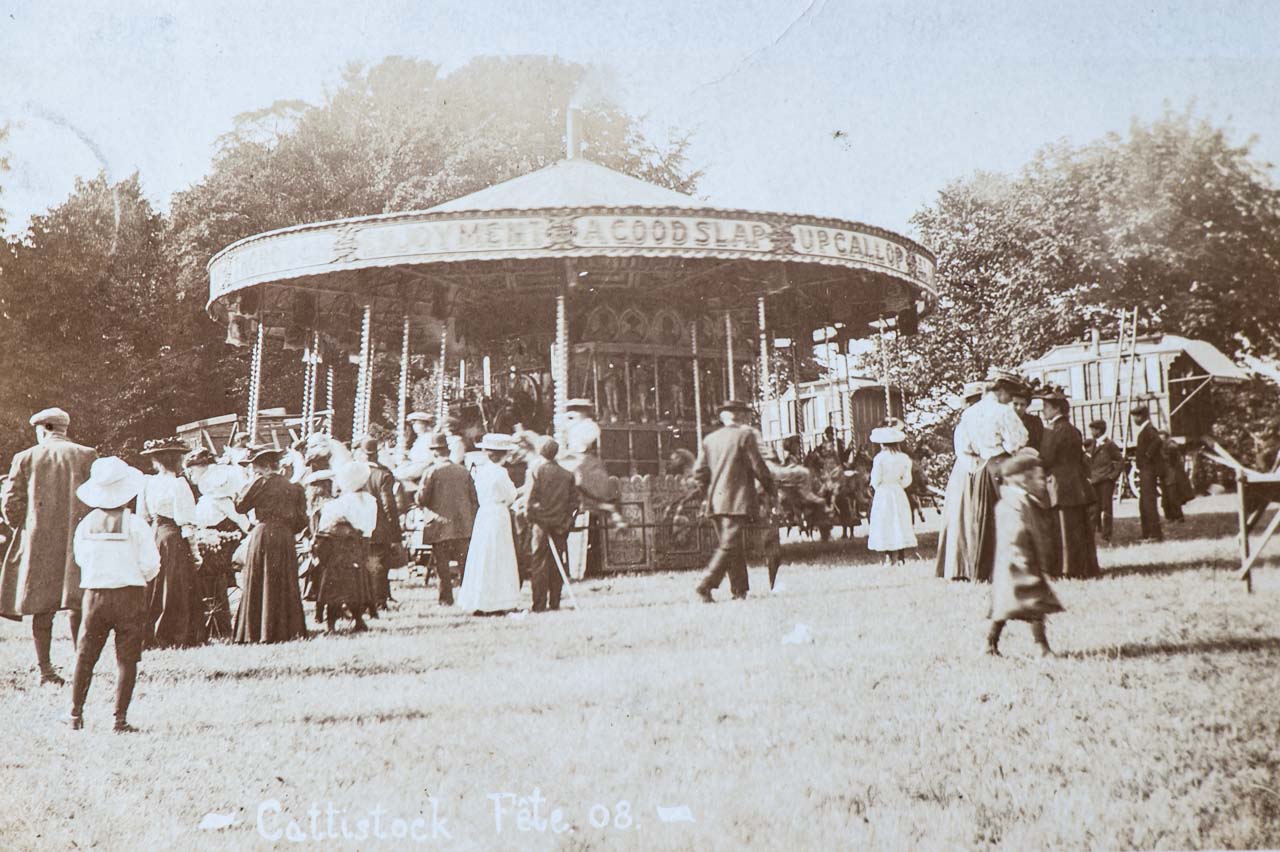 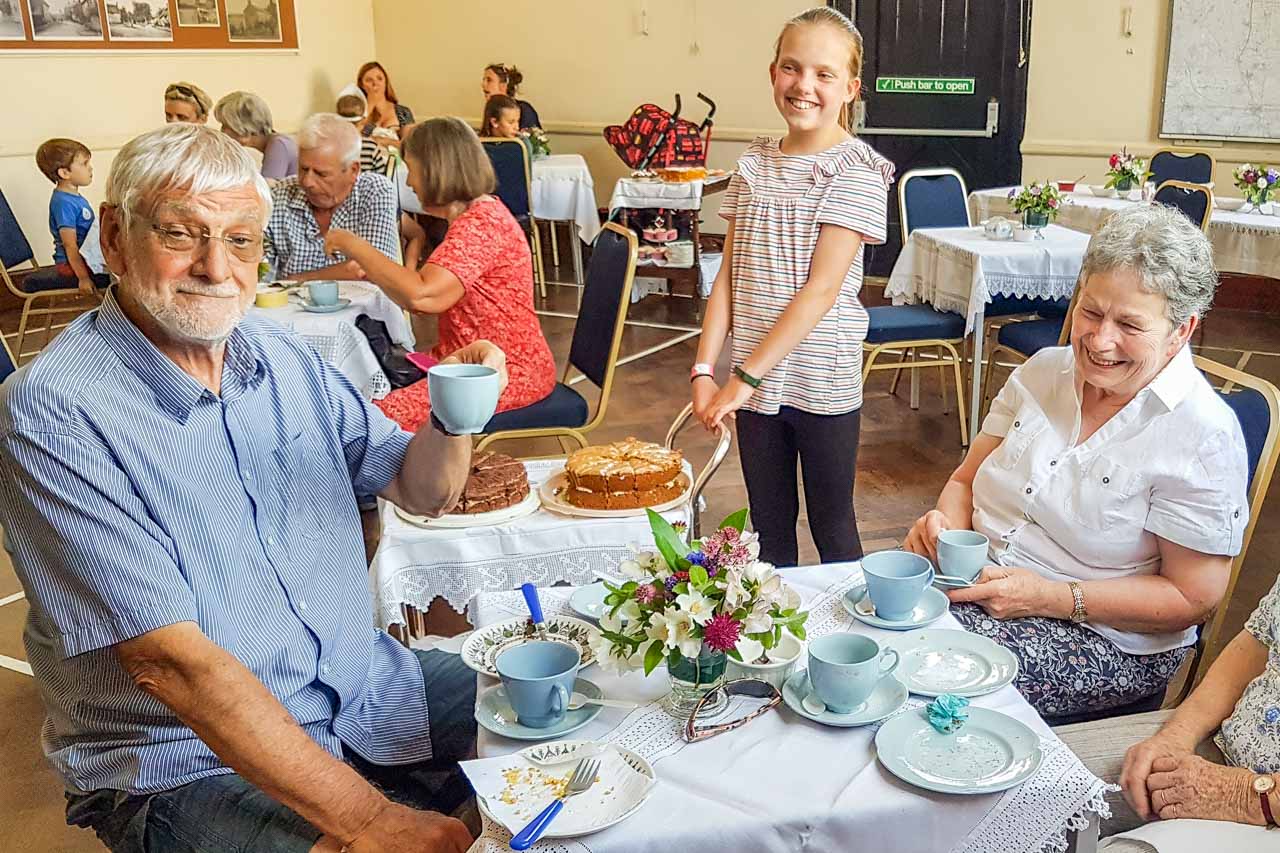 You may all remember back in 2018 the Fete took on the a project to refurbish the old village lamp that used to stand in the Square many moons ago. Albeit it is now 2020 we are now in a position the start placing the lamp in its new home, the front left corner of the green outside the Savill Hall. Peter Hunt championed this project and has work tirelessly to get planning permission and all the restoration work organised so far. The other 2 members of the “Lamp Crew” are Simon Goodall & Wayne Briggs. Here we are in June and digging the hole for the first stage of the footings, Peter and Simon doing a grand job. Nick & Jacob Cheeseman were on hand to set the initial stage of the footings. Next stage is get the lamp base transported to the Savill Hall, Friday 26th June and set in its final layer of concrete, once again by Nick & Jacob.
To be continued……

The Fete has been a central part of village life since records began (held in the Community Openspace/children’s play area in the centre of the village), and very little had changed for many years. Today the fete remains an important part of village life but with a more modern twist. In recent years the fete has been more locally known as “The Fete Week” due to a number of special events held during the week leading up to fete day.

This year’s Cattistock Community Fete week started on Sunday 7th July with the Children’s Tea Party, always well attended and very popular with the village folk. A fun time was had eating yummy home made cakes and drinking nice warming cups of tea. A huge thankyou to all the children and parents that supported the event: It was, as always, a successful and enjoyable afternoon.

The next day, Monday 8th was the ever popular, and extremely well supported Community Lunch organised by Roma and her faithful support crew. A lunch fit for a king, served by a fantastic team of ladies that proved to be most enjoyable. Well done to the entire team and looking forward to the next one.

Our next event was on Tuesday evening, Bingo night, with our very own celebrity caller “Terry Legs Eleven White” as always causing a stir in the hall with his off the cuff calls: all good fun though.

Wednesday saw the return of the Jumble Sale. This year was very well supported by the villagers and we had an enormous amount of goods donated. We had a successful evening, this was primarily down to those who volunteered to sort the mountain of Jumble in readiness for the evening event. We did have leftovers, rather a lot really. We donated some to the Weldmar Hospice Charity via Peter Hunt and we received a thank you letter from Caroline Hamblett, Chief Executive Weldmar Hospice Trust, informing us that our contribution to the charity had raised £151.41; so thanks once again for your support. We also took some of the clothes to Clothes for Cash, another charity in its own right, and we received another £42 for the fete funds.

Thursday was the Boules Competition in the Fox & Hounds car park, a great turn out and a fantastic evenings entertainment, along with a few drinks of course, and thanks to Phil Evans who came up with this idea a few years ago, it has grown in popularity year on year. Well done to the winners Richard & Tim and the worthy runners up Jacqueline & Simon.

Friday was the Fete Quiz, with our very own Quiz Master Neil Rowlands at the helm. Always well supported with very competitive teams. A fun evening and educational too.

Saturday Night was Show Night, the return of Cattistock’s Got Talent, and boy does it have talent. A fantastic evenings entertainment of song, dance, comedy and more. The winners of the show were voted on by you, the local community and of course the “Judges”, aka Colin, Cathy & Ed, who were fair with all their comments and support. A huge thank you to you 3 for being part of the show. The eventual winners were Jackie & Will with their own spin of a famous Grease Movie song that included “HRT”. Well done to both of them and all the acts that performed that night. A special thank you goes out to the organiser of this very successful event, Monique Taylor, who also performed a duet on stage with Marcus, fantastic, well done you.

Fete Day, the sun was shinning, the atmosphere was one of enjoyment and was very well attended, despite fearful competition such as, Wimbledon Men’s Final, The British Grand Prix and Cricket, so a huge thank you to everyone who turned up to support the oldest annual event held in the village. We took the opportunity to present a cheque to Weldmar Hospice on behalf of the Dorset Knob Throwing Committee following the event on May 5th 2019, Caroline Hamblet received the cheque for £5,200 from our very own Ian Vine (Treasurer to DKT) well he looks after the money anyway!!! New for 2019 we incorporated 3 of the DKT knob games, Putt the Knob, Knob Pyramid & Splat the Knob. All were very well received and supported.

It goes without saying, the Fete Week takes a lot of organisation by a group of volunteers that give up their time for the benefit of everyone that attends, Cattistock villagers and surrounding villagers alike, and this unique “Fete Week” will continue next year in 2020 Brexit Deal or No Deal, so please continue to support the fete as you always have.

Lastly, thank you to everyone who supported our Village Fete in 2019 and look forward to seeing you next year.

Regrettably with the current situation as it is, the Fete Committee have no option but to cancel the 2020 Village Fete and its associated events, this follows almost every event planned for this summer throughout the UK. However, the Fete will be back next year with the week’s events starting on Monday 5th July 2021 and Fete Day being Sunday 11th July 2021.

Look forward to seeing everyone there.

Though the Fete Committee agreed that a major percentage of its funds should be donated to the Cattistock Community Fund so that it was more widely available for village use, the committee have also agreed there would be an amount of money set aside to come back to the villagers more immediately for special village projects.

The first sign of this has been the organisation of a large Christmas tree each year outside the village hall, suitably dressed with beautiful lights funded by the CCF.

In 2016 the Fete supported the Library project organised by Peter Farmer, where the Fete allocated £500 for the purchase of shelving for the church and cafe. Many villagers have subsequently used this popular facility, with books donated for the fete bookstall being utilised to keep the library refreshed.

In 2017 the project was the reinstatement of the old red telephone box outside the Fox & Hounds. The original telephone box has been purchased from fete funds and once all the necessary arrangements have been made it will house the defibrillator (itself paid for by the Knob Fest). This project will take some time before it can be completed.

For 2018/19, we proposed the project be the reinstatement of the old lamp that used to reside in the square. The base for this was kindly donated by the late Pam Hatcher and will be cleaned and repainted, but the standard and lamp will have to be fabricated from new, so watch this space, or for the lamp in the village.