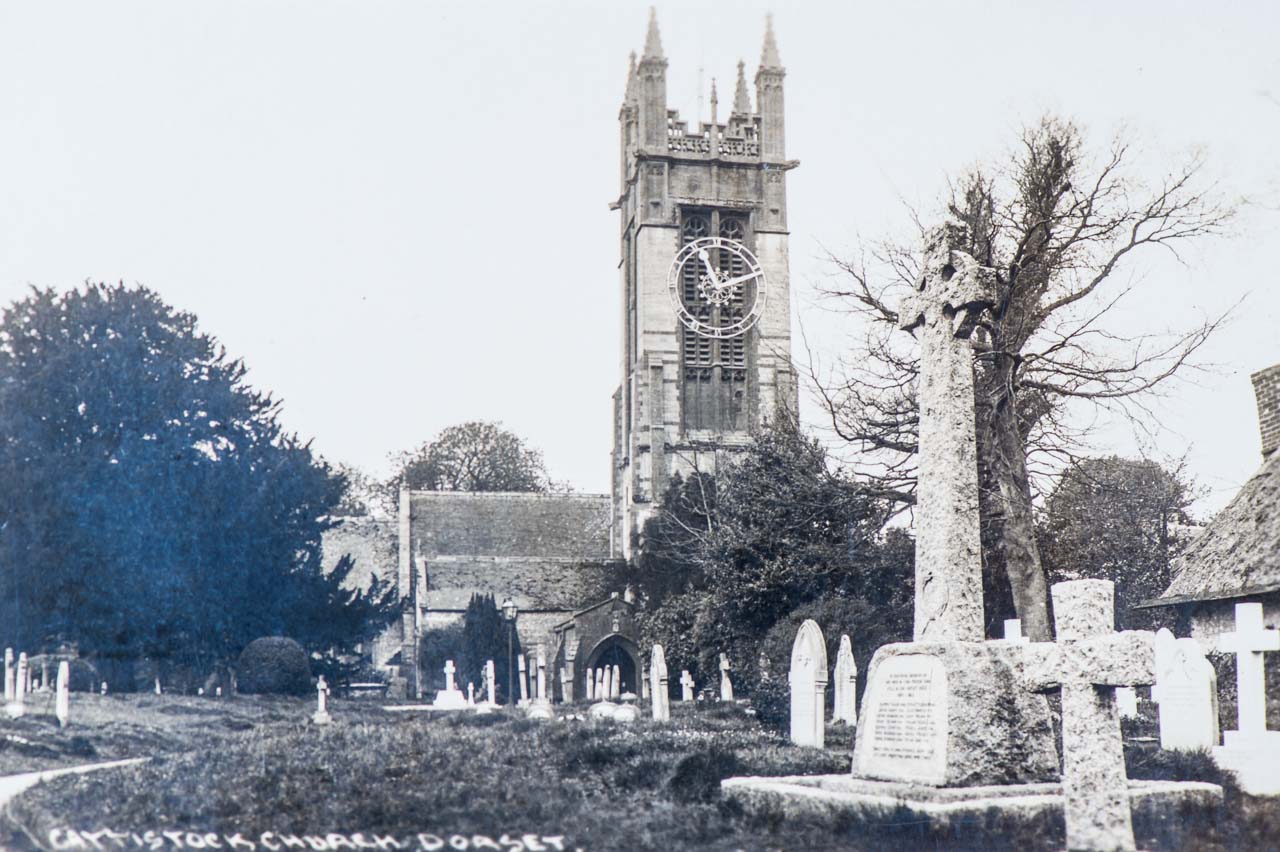 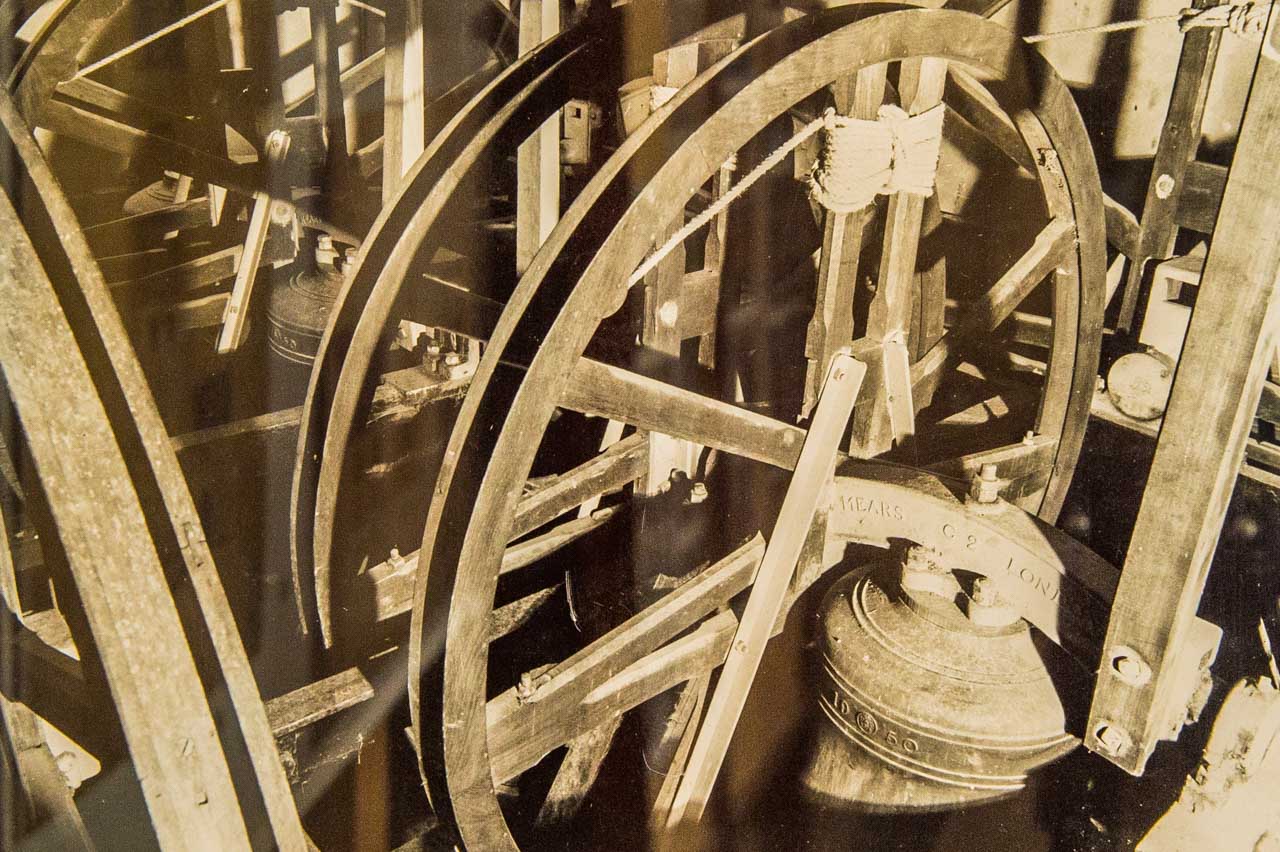 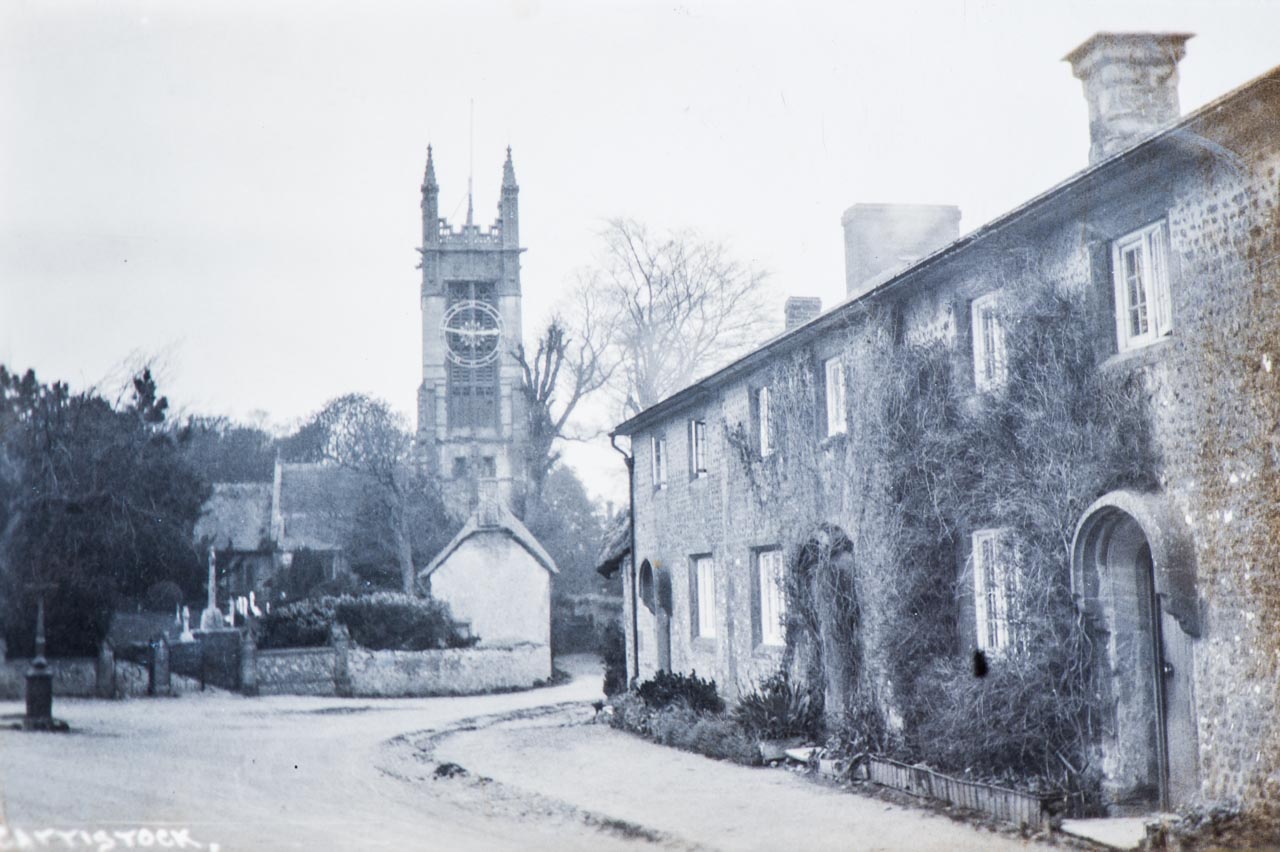 Gilbert Scott snr. had been responsible for extensive restoration works carried out on the church in 1857 for the then Rector Rev. Henry Still. The church at the time had been described as being an ‘ancient fabric covered in ivy’ and that at some time previous, the west end of the nave had been rebuilt due to being in a ‘ruinous state’. The date of when the church was founded is unclear, however evidence in the form of stone mouldings and a coffin lid dating from the 12th/13th century show that a church existed at that time.

Scott snr’s restoration work mainly entailed rebuilding the chancel and nave, the transept arches and the north and south chapels. A new south aisle was added, roofs renewed and the gallery, which extended a third of the length of the nave was removed. As can be seen in the photograph the original tower remained untouched.

The younger George Gilbert Scott, a Gothic revivalist, was responsible for how the church looks today. His works involved demolishing the existing tower and extending the north aisle, with the addition of an open porch, to meet his newly constructed tower at the northwest corner. Also abutting the tower was a newly constructed vestry running the length of the west elevation.

Approaching the village from the A356 along Higher Drove and from the south west through Chilfrome, one can appreciate how impressive the tower is as it rises above the surrounding trees. The scale of the tower is due to the fact that it was designed to accommodate a 35 bell carillon, which the Rev Keith Barnes bought on one of his trips to Belgium. It was this feature that attracted visitors from near and far to hear recitals given by a Monsieur Denyn from Belgium.

Probably the most tragic event to occur in the church’s history was in 1940 when a fire caused such serious damage to the tower that it destroyed the tower’s interior and the 35 bell carillon. It was not until after the war in 1950 that the tower was taken down and rebuilt; however the cost for replacing the carillon was prohibitive and it was replaced by a very fine ring of eight bells, which exist today.

The church has several features which are of special note. As one enters, to the right one is immediately struck by the elaborately decorated baptistery with its marble font and ornate font cover rising to the panelled ceiling. The north and west walls have plain dado panelling, capped by gilded, carved cresting. At a high level on the south wall is a painted mural of St George and the dragon.

When one crosses the nave to the south aisle, ahead to the right is possibly the most striking of the church’s stained glass windows. Depicting angels against a rich blue background it was the work of William Morris with Sir Edward Burne Jones. 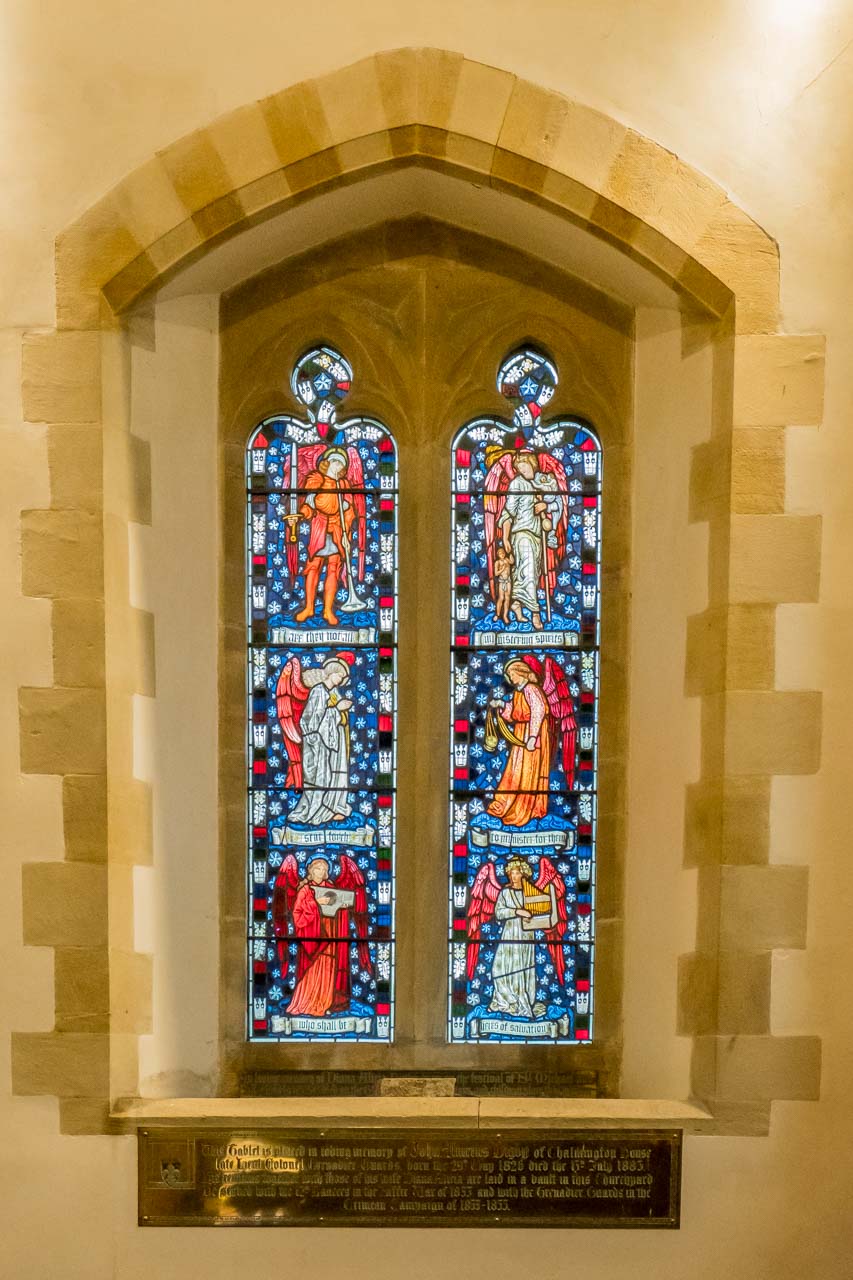 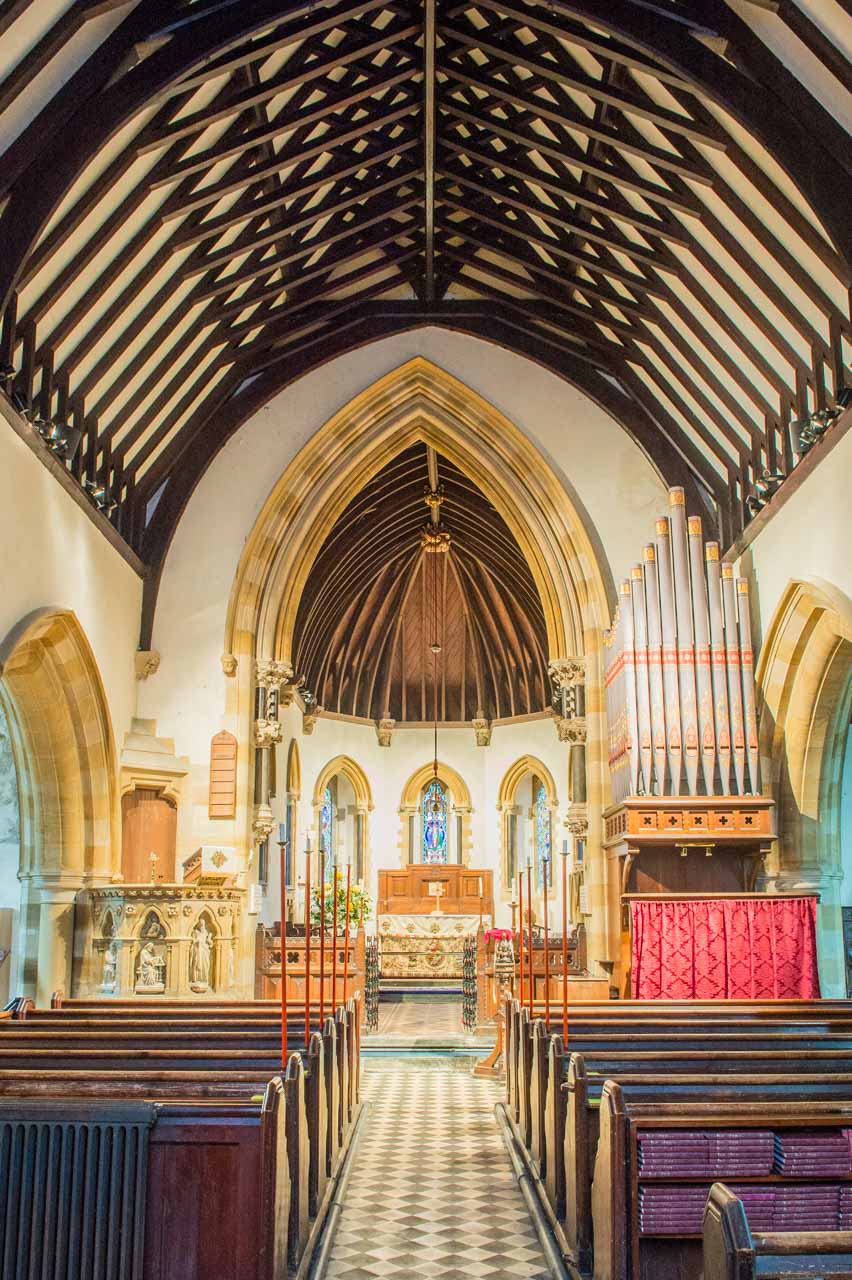 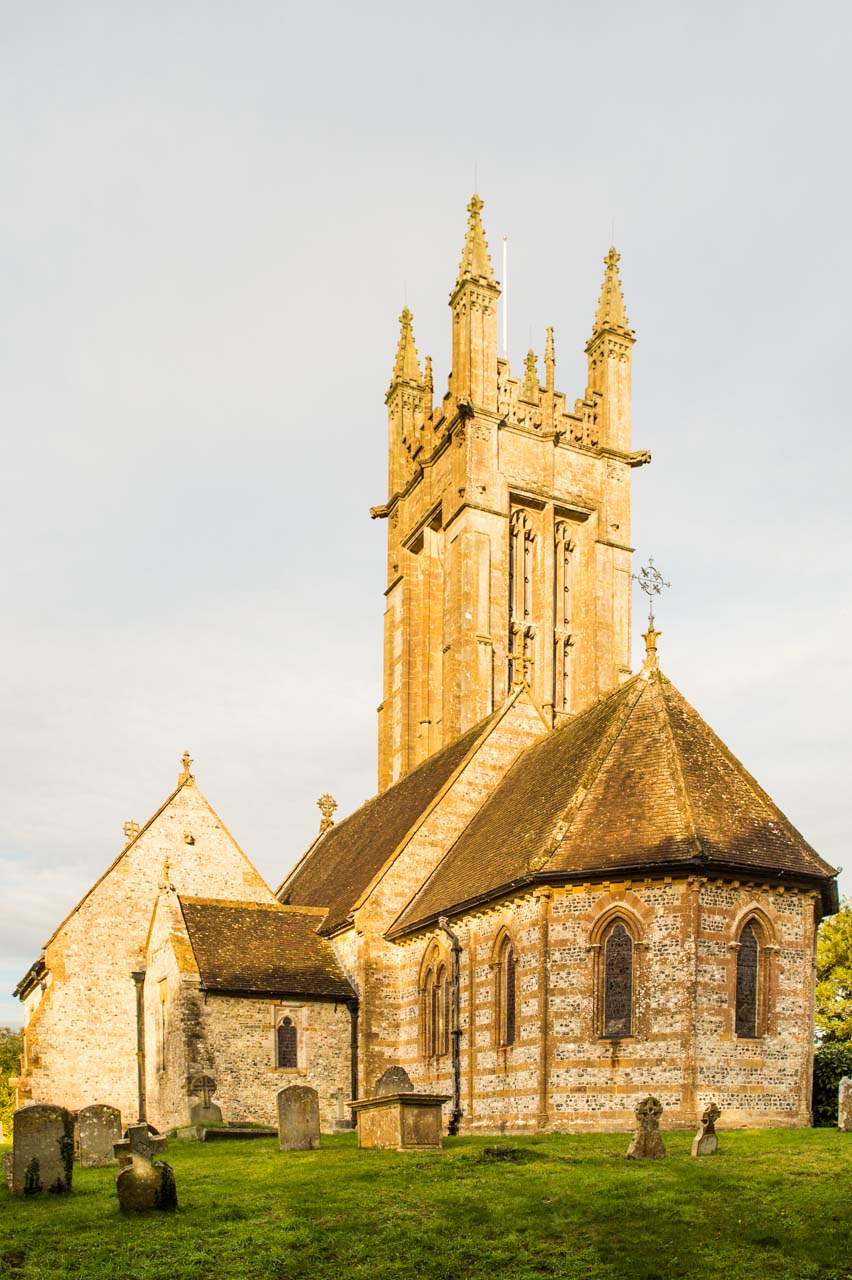