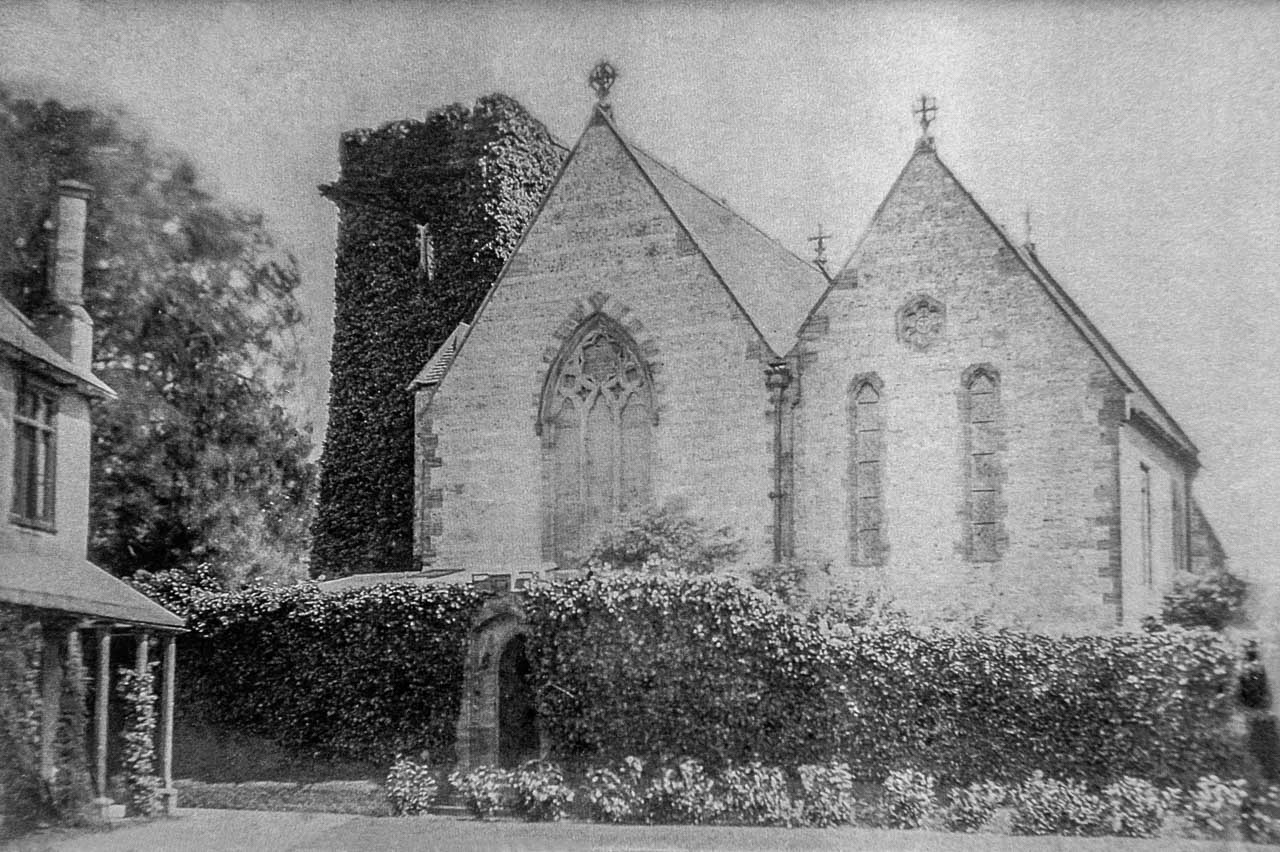 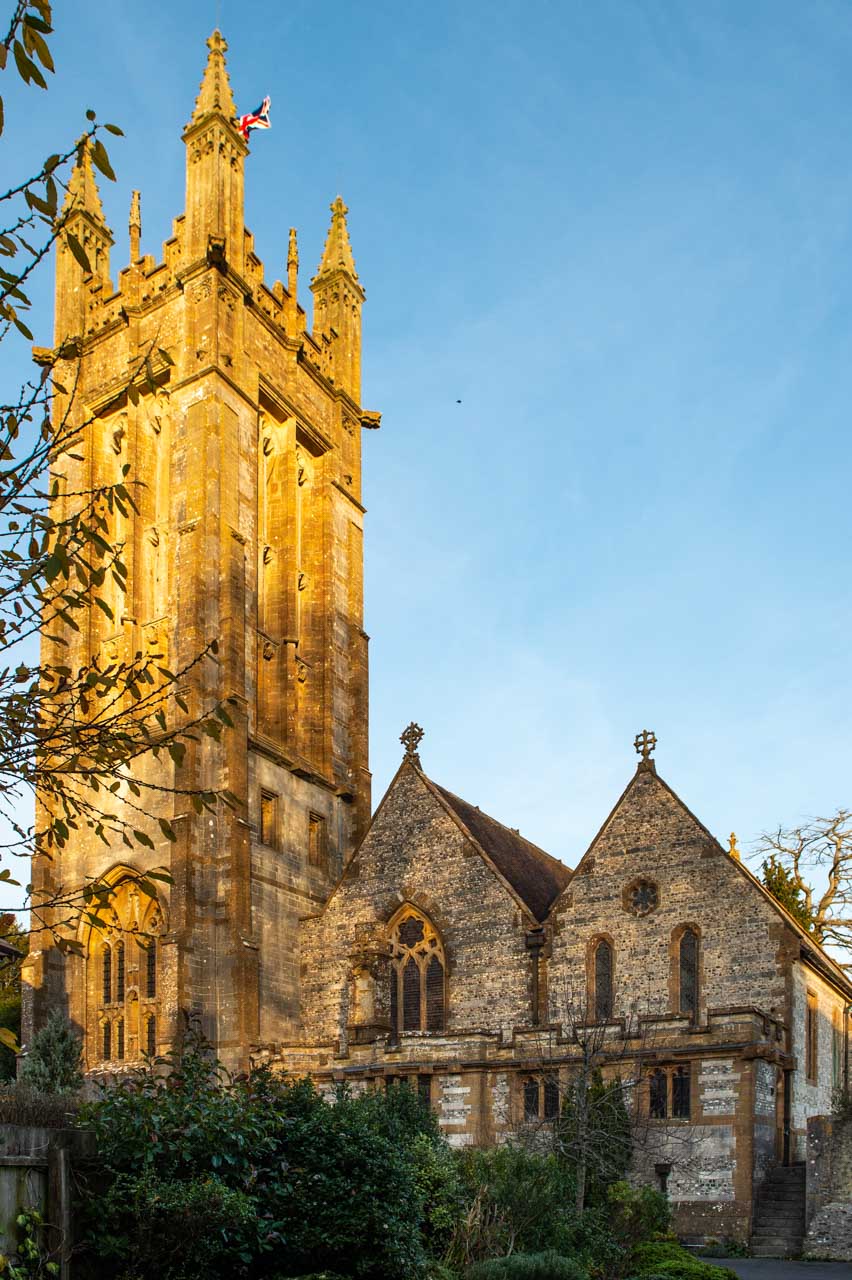 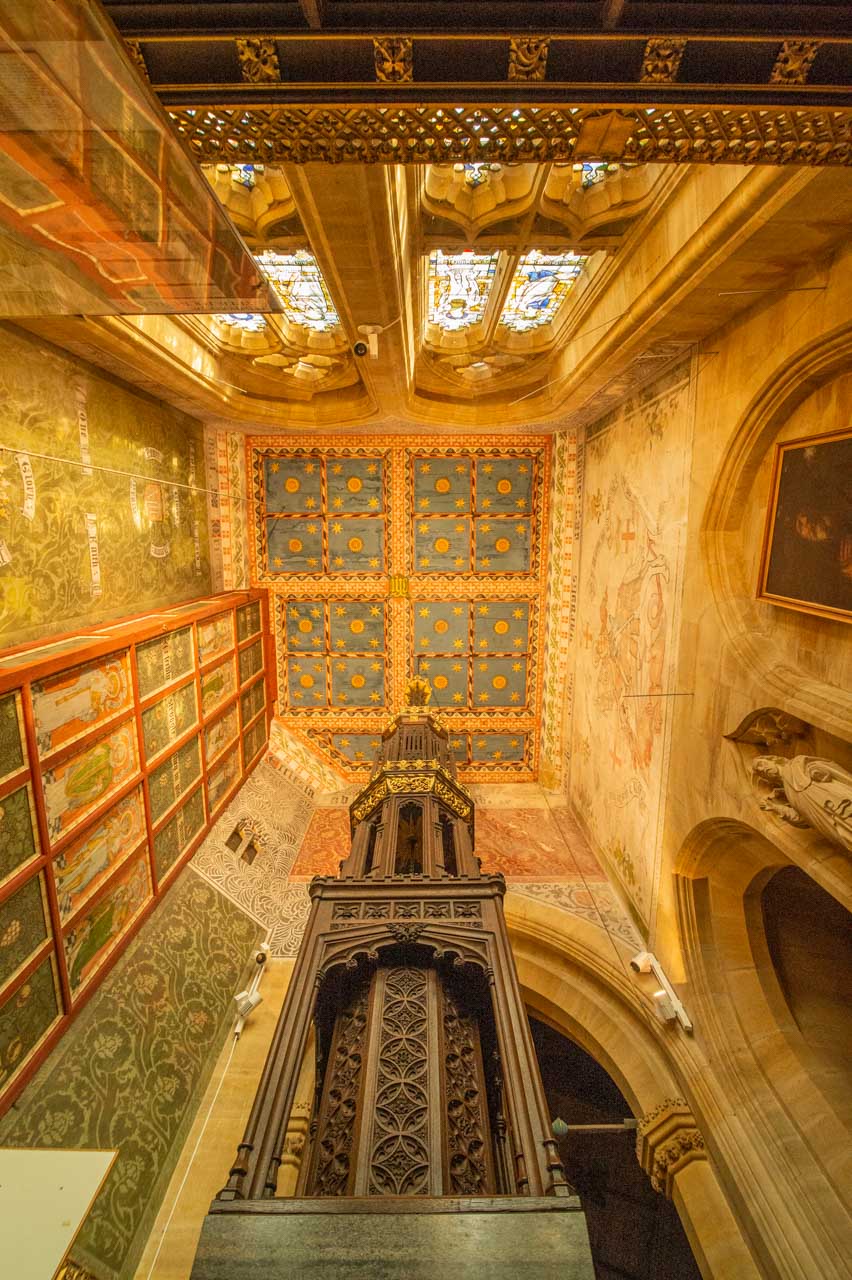 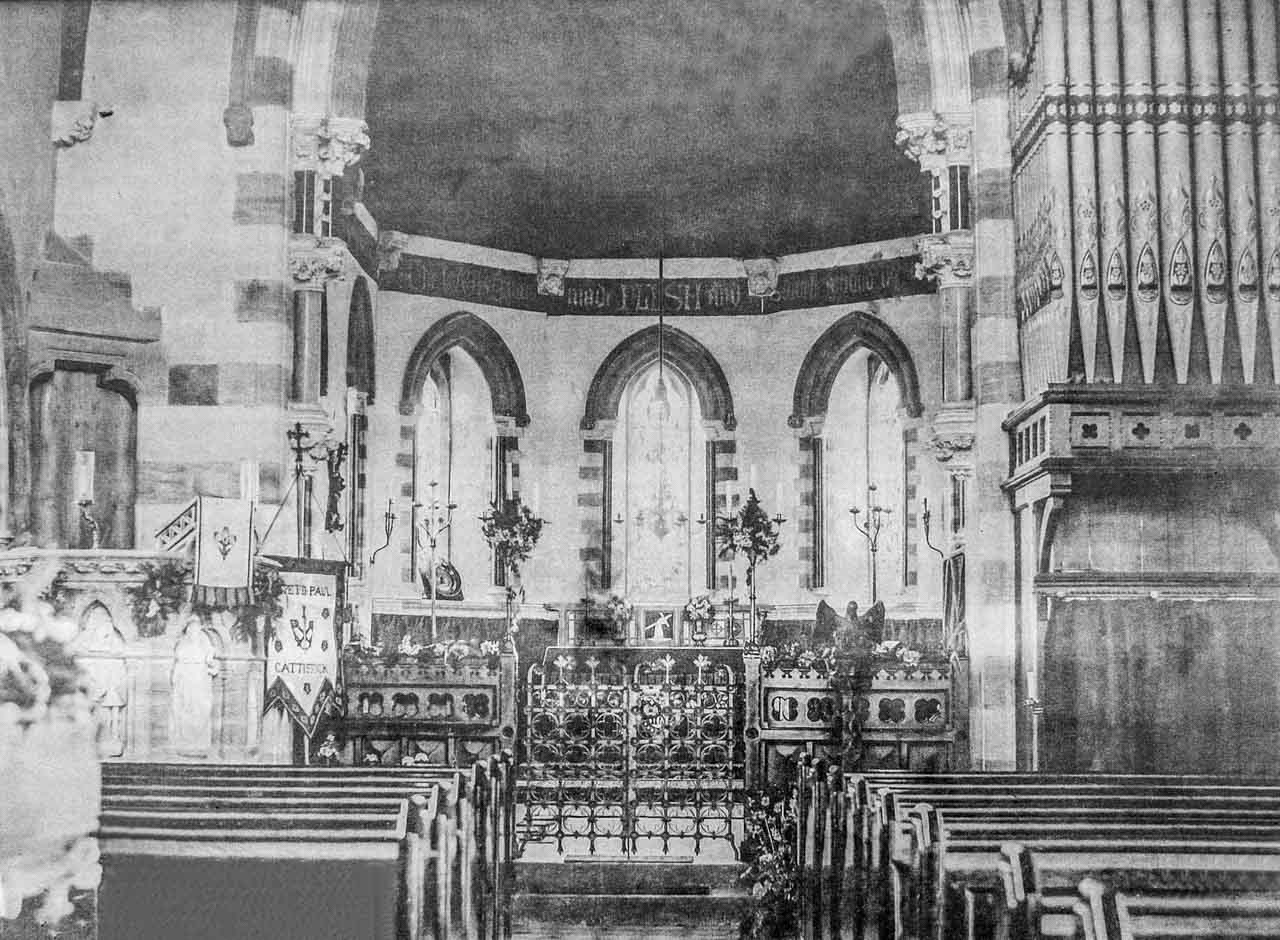 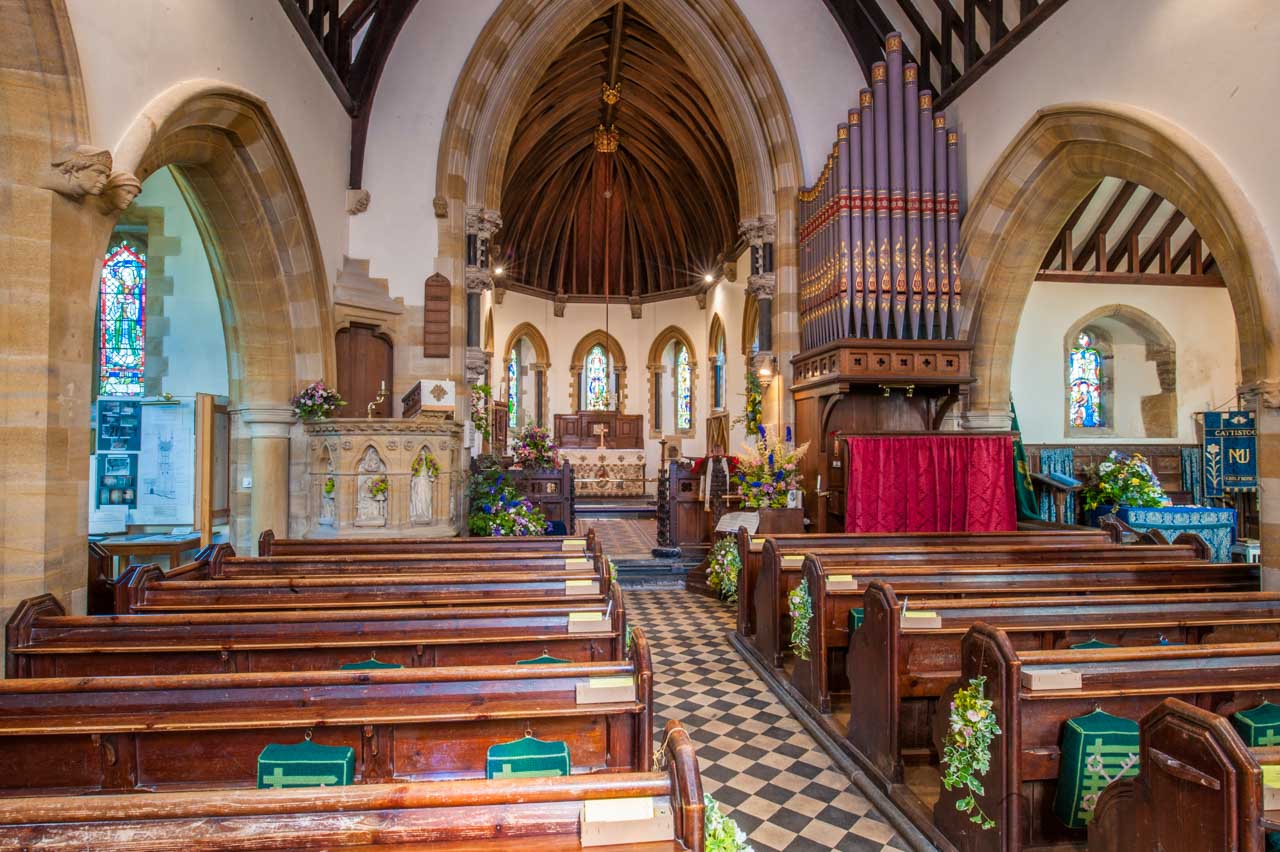 A Brief History of the Church.

Considered by many to be one of the finest examples in Dorset of Victorian Gothic Revivalism, the parish church of Cattistock is dedicated to St Peter and St Paul.

The earliest named incumbent, Roger de Cryketot, dates the establishment of a church on the site to at least the C13th, although there are clues to suggest an earlier building existed, possibly Anglo-Saxon.

In 1857 the church, having fallen into a poor state of repair, The Rector, the Rev’d Henry Hughs Still, commissioned the eminent architect and leading member of the Victorian Gothic Revivalist movement, Sir Gilbert Scott, to refurbish the church.

Leaving only the North and South transepts and tower standing, the main body of the church was demolished.  A new chancel and nave plus a south aisle were constructed using Ham Hill stone.  The workmanship of the stone masons is of the very highest order with much fine detail to be seen.  Some twenty years later the then Rector, the Rev’d Keith Henry Barnes, commissioned Sir Gilbert Scott’s son, George Gilbert Scott Jnr., to replace the old tower and entrance porch and add a vestry and sacristy to the west end of the building.  Scott Jnr. followed in his father’s footsteps as an enthusiastic proponent of the Victorian Gothic.  The work was finally completed in the early nineteen hundreds.

There is much to discover for the visitor to our church but for this brief history here are some of the features worthy of particular note:

The Tower – Claimed to be the tallest church tower in Dorset, it was designed to accommodate a carillon of 35 bells, a peel of twelve bells, a ringing chamber and the baptistry.  The peel of bells and carillon were lost when the upper half of the tower was destroyed by fire in 1940.  The tower was rebuilt soon after the war though costs prevented the replacement of the carillon.  However, a new peel of eight bells by Mears & Staidbank of the Whitechapel Bell Foundry were hung in 1950.

The Baptistery – The baptistery is by far the most spectacular area of the church.  With a floor to ceiling height of near 8m, an elaborate wooden, 5m high font cover and decorated walls and ceiling all designed by George Gilbert Scott’s assistant Temple Moor, it is a classic example of Victorian Gothic Revivalism.

Stained Glass – There are a number of decorative stained glass windows in the chancel dating from the original mid-19th C design by Gilbert Smith but of greater note are two memorial windows.  Taking up nearly the whole of the west end wall of the nave is a Jesse Window dedicated to the memory of the Rev’d Still’s family.  At over 5m high and of a subject more usually seen in medieval cathedrals, it tells the story of the family history of Jesus.  On a lesser scale in the south aisle is a very beautiful stained glass window made in the workshops of William Morris and Co.   Based on an original design for a window in Jesus College Chapel, Cambridge by the Pre-Raphaelite Edward Burne-Jones, it is dedicated to a member of the Digby Family 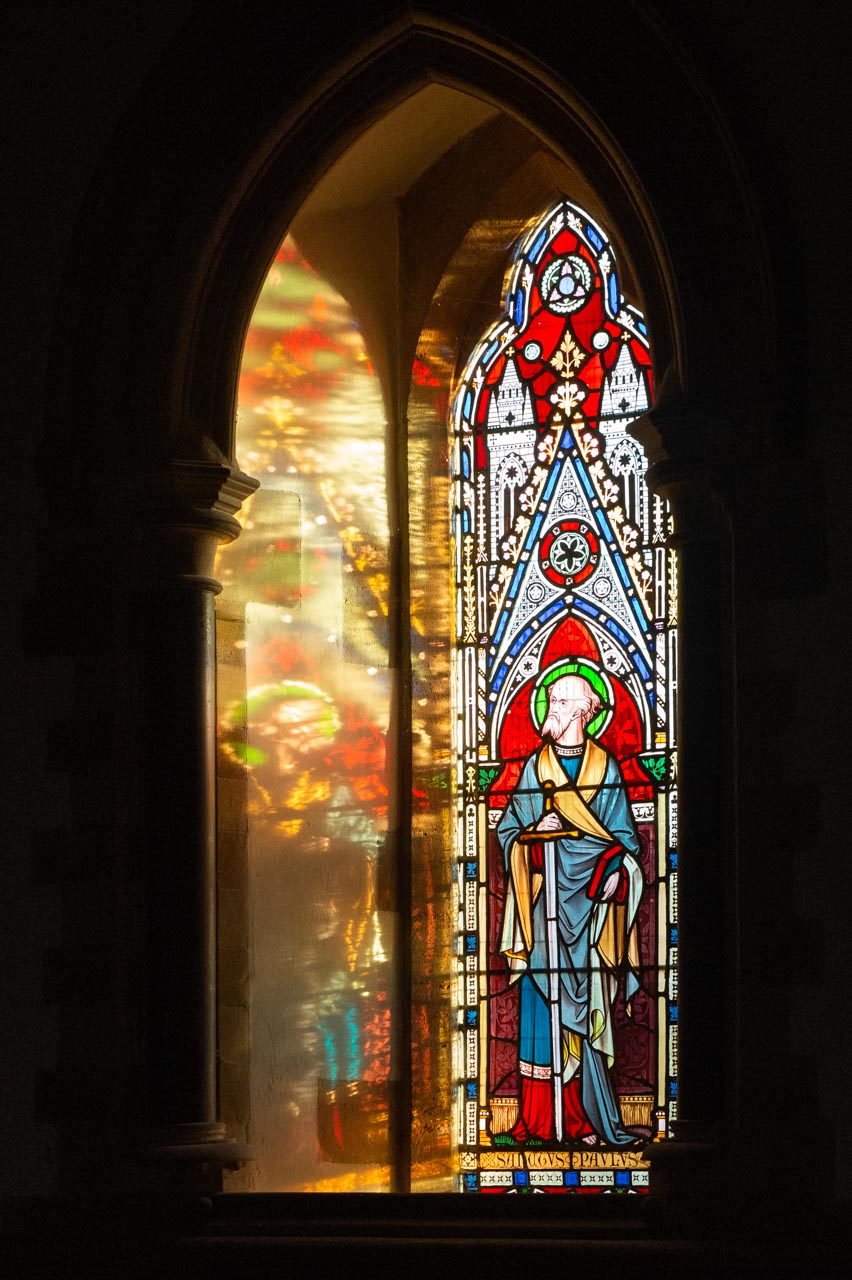 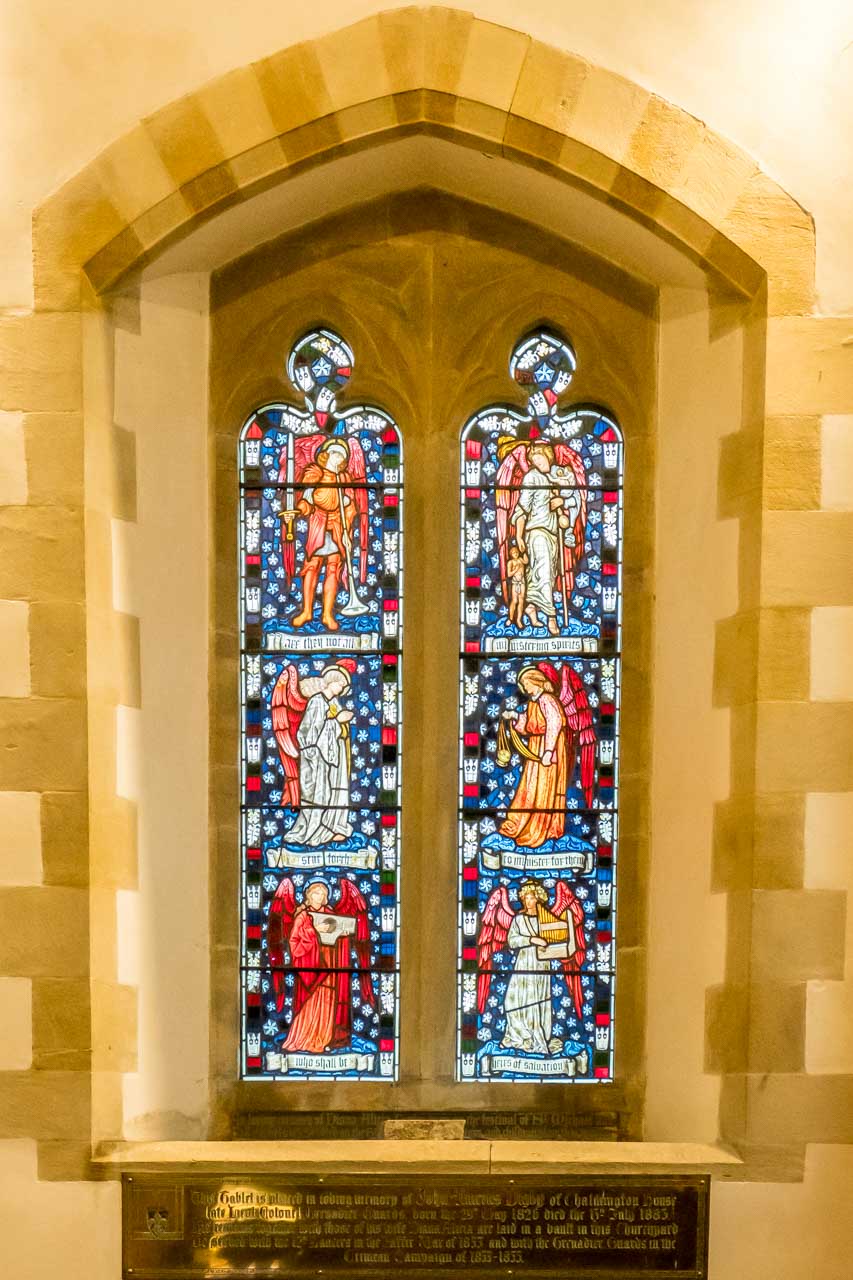 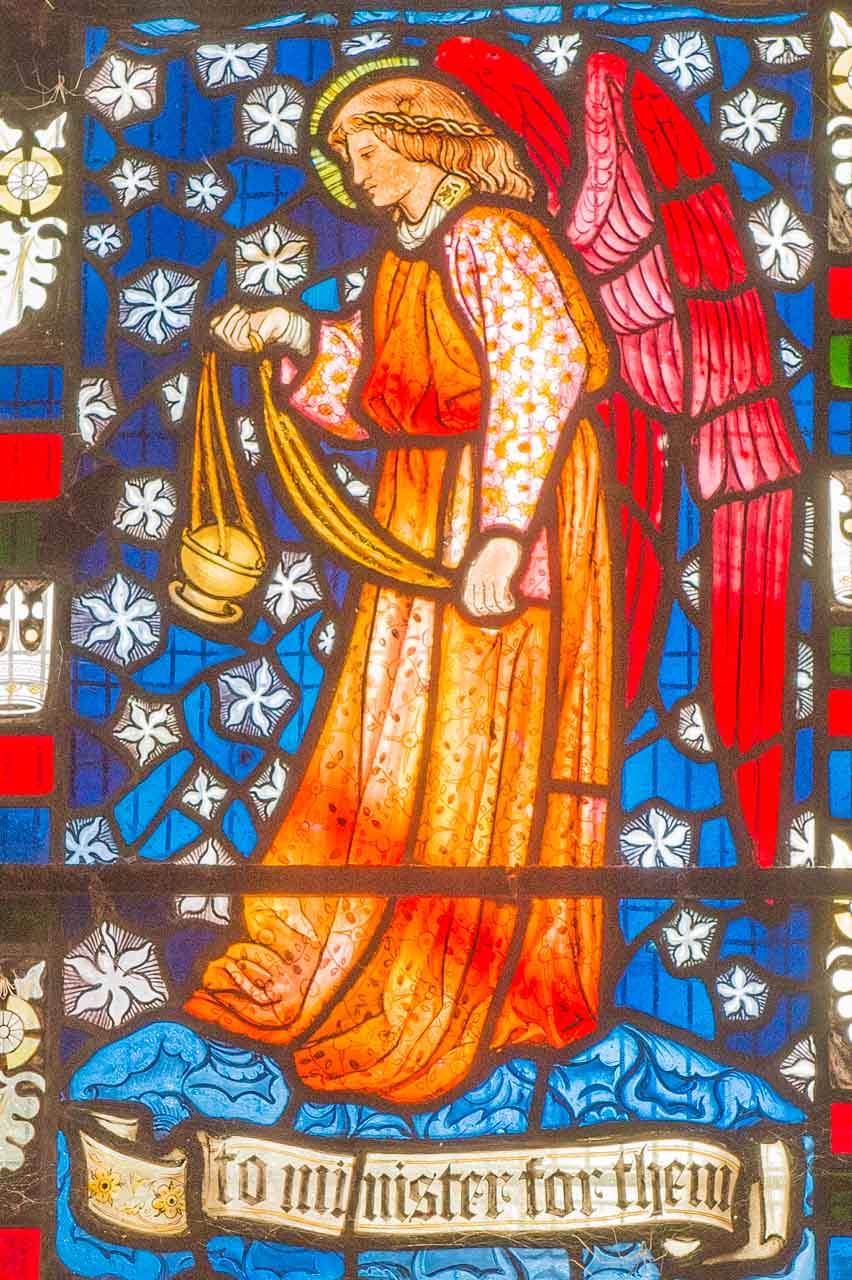 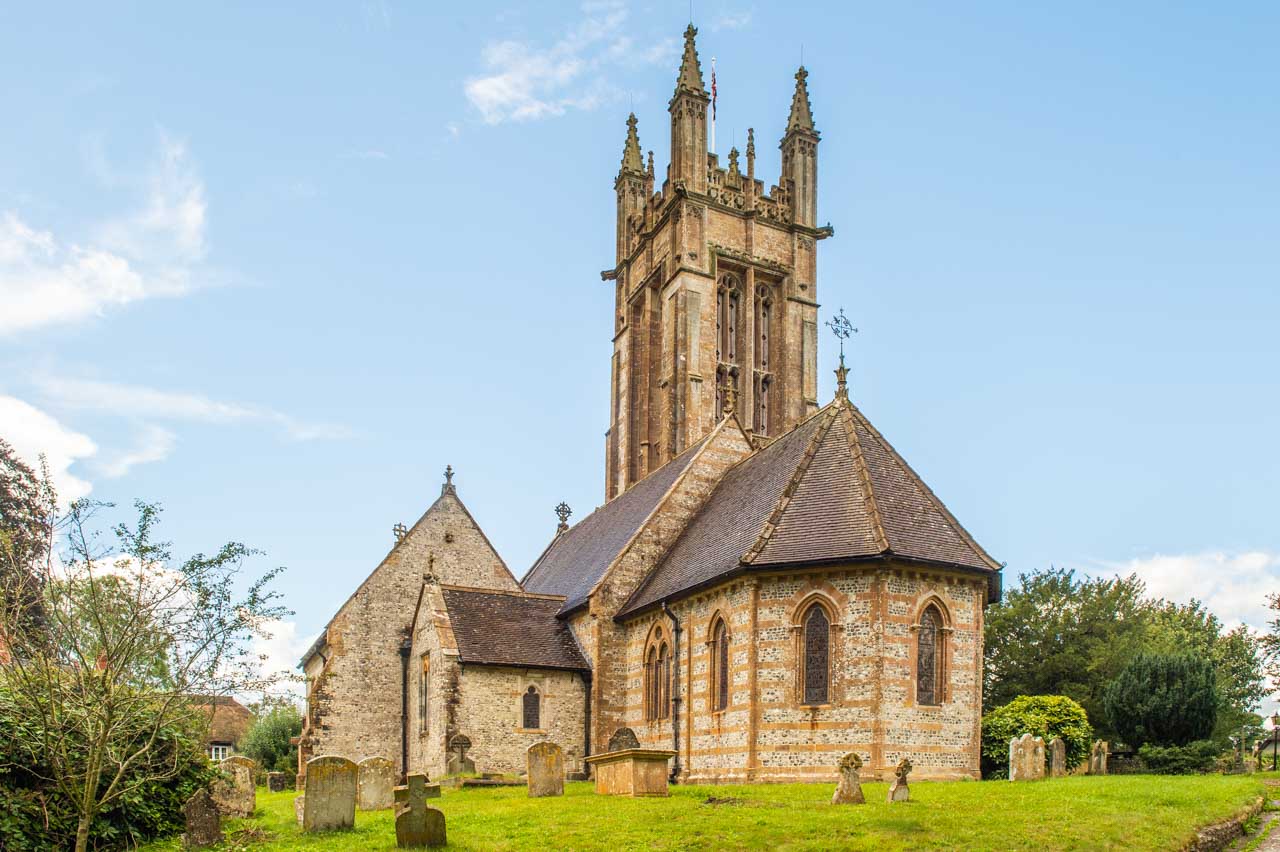